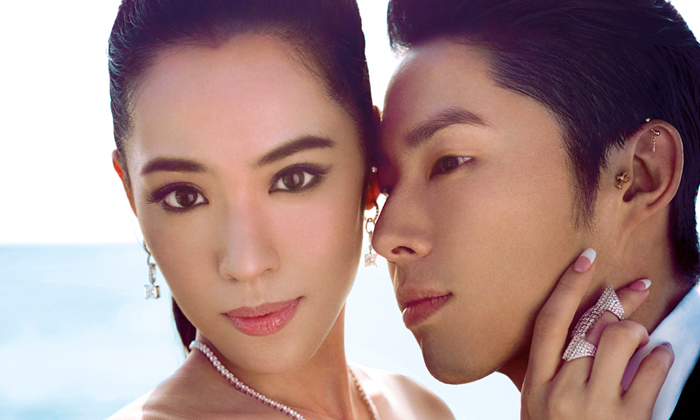 Wu, 39, and Cheo, 35, got hitched in a fairytale wedding in November 2013 after dating on-and-off for seven years, reported AsiaOne.

According to Jayne Stars, who described the couple as having a "marriage from hell", Wu had "asked for divorce several times" but Cheo had refused to sign the divorce papers".

In a statement that was sent to Stomp, Cheo's lawyer said: "My client does not believe in divorce but at this point she is left with no other alternative.

"She has worked hard for this marriage but given the unhappy state of affairs, she has decided to end it as she no longer wishes to continue to live in hurt and pain."

The divorce was finalised after the couple lived separately for three years, said Toggle.

A clash in personalities, irreconcilable differences, and Cheo's lack of support for Wu's career were said to be reasons for their split.

A source revealed: "Arissa’s personality has always been more open. She enjoys partying through the night. Her life habits are incompatible with Vanness'.

"In the end, they separated. This doesn't come as a surprise!"