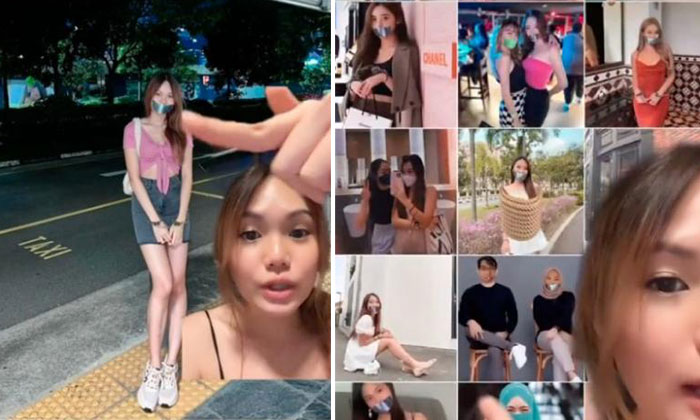 Singaporean influencer Jordelia Tan got a rude shock when she discovered a photoshopped photo of herself wearing handcuffs and with duct tape over her mouth.

"This picture was from my Instagram. There was no f****** mask and there were no handcuffs," she said.

The doctored image was posted on Instagram page “Singapore_masklover”, and Tan soon realised she wasn't the only one whose photos had been photoshopped in such a manner.

After scrolling through the account, which has since been made private, she found photos of other women who had duct tape, handcuffs and even ropes photoshopped onto their mouths, wrists and torsos. Even women wearing hijabs were not spared.

Tan, who also goes by the username Ninjabread_ on TikTok, decided to raise the issue in a video. 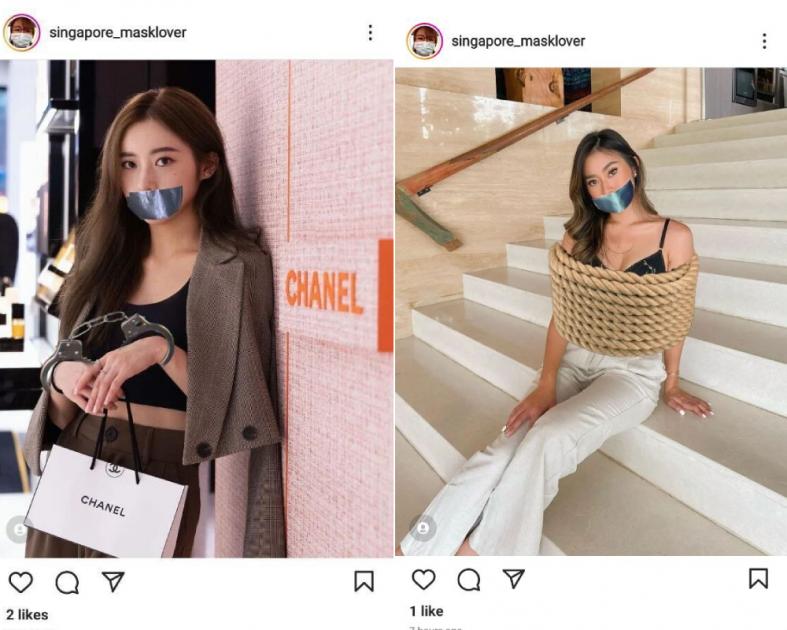 Prior to the account being locked, AsiaOne found Instagram stories in Singapore_masklover's highlights stating that the owner is willing to take down any of the posts upon request.

There was also a post from over a year ago where the page owner justified his actions: “We do not go around sexually harassing or raping these people... It's all about controlling your desires,” the post read. 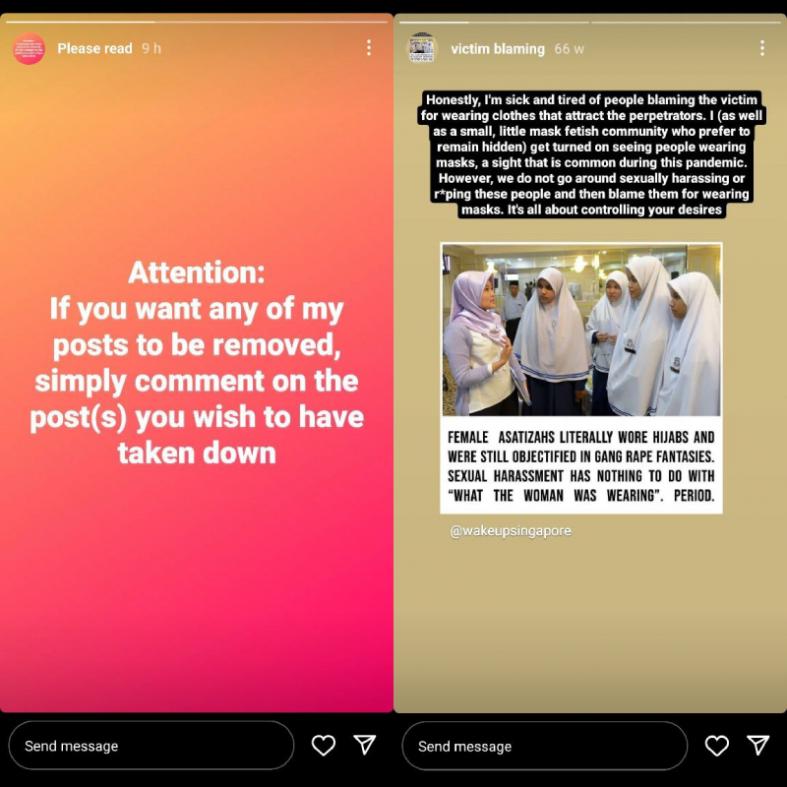 Related Stories
Influencer Rachel Wong gets apology from woman who accused her of cheating
Naomi Neo responds to flak for 'traumatising' 4-year-old son with TikTok ghost prank
Aunty tells tourist: 'Don't dress like that... You don't want to get raped by Indians'
More About:
influencer
TikTok
instagram
controversial
controversy