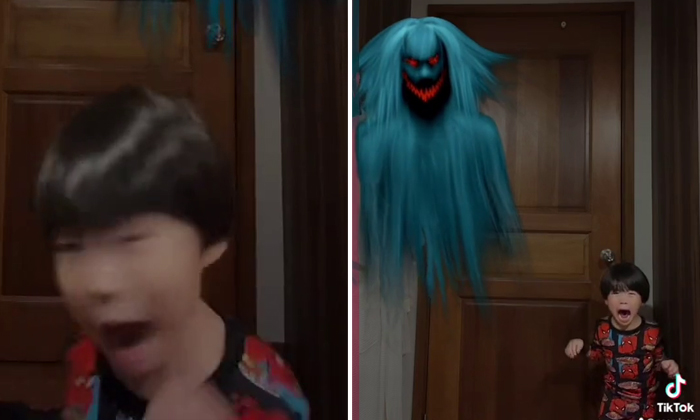 Uploaded on Aug 11, the video shows Neo and her husband pranking their child Kyzo with a ghost filter that has been trending on social media.

The couple set up the phone with Kyzo directly in front of it, then leave the room as the filter comes on. A floating ghost materialises on screen.

Kyzo is visibly terrified when he sees the apparition and bolts for the door. He tries desperately to open it but finds it locked.

The video has racked up some 23 million views in under a week.

Online users have accused Neo of traumatising her son for TikTok views and criticised her parenting skills.

On Monday (Aug 15), Neo responded to the uproar with a second TikTok, in which she says:

"Appreciate the advice, but let’s not tell a mom/dad what works best for their kids.”

In the second video, Neo and Kyzo use the same ghost filter, except this time Kyzo is calm and smiling.

Later, the child requests to use the filter and view the video again.

When asked by his father if the ghost is real or fake, Kyzo immediately answers "fake".

Neo adds that she would never deliberately do anything to hurt her children and that it's about "having fun with guidance" for them.

Appreciate the advice, but let’s not tell a mom/dad what works best for their kids.