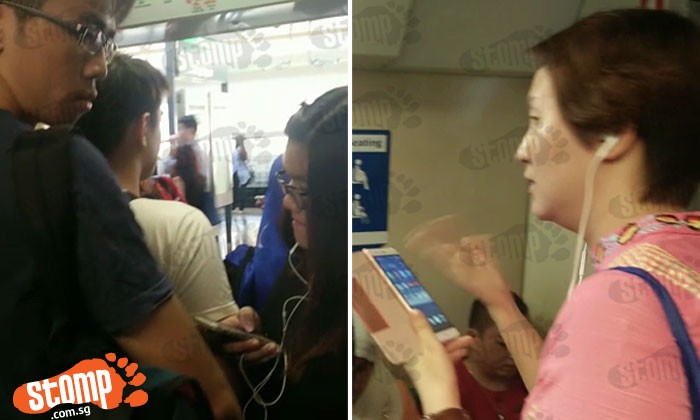 Stompers Karl, Kate and Patrick were inconvenienced by a track fault delay at the East-West Line from Joo Koon to Clementi this morning (Jan 19) at around 8.30am.

Kate was on her way to work but when she entered the train at Pioneer, the doors of the train did not close after more than 10 mins.

Karl who was also on his way to work said, "It took more than 30mins to get to Clementi from Pioneer with all the stops they hd to make along the way."

Stomper Patrick who was heading to Clementi said, "They should announce these things early.

"If I had known, I would have taken the bus.

"The train also jerked and the commuters were falling, crashing into each other because some could not hold on to railings."

According to Patrick, the breakdown started at 7.30am but commuters was only told at around 8am.