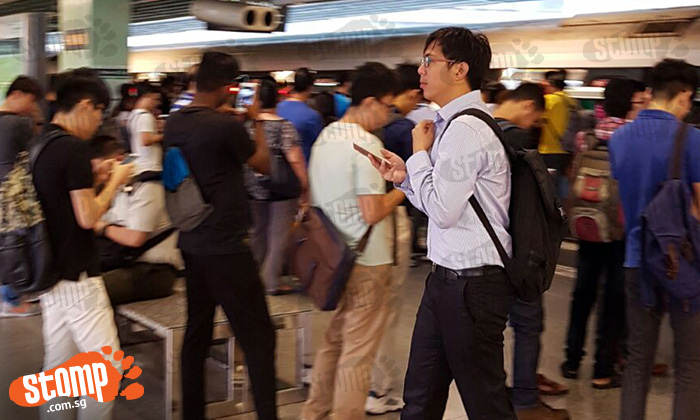 Another day, another train delay during the morning rush hour.

This time round, a train fault on the East-West Line this Friday (Oct 21) morning at around 7am resulted in delays from Queenstown to Jurong East stations towards Joo Koon.

Stomper Anonymous was travelling along the East-West Line when he noticed big crowds forming at many train stations.

Another Stomper, Munish, received notifications warning of an additional 20 minutes travel time required from Queenstown to Jurong East stations towards Joo Koon, and that free bus services were available.

Stomper Matin was at Buona Vista train station and told Stomp that there was a large crowd and many commuters were left frustrated.

According to The Straits Times, exam candidates who were affected by train delays were told to refer to the Singapore Examinations and Assessment Board website for instructions.

The train service resumed more than an hour later at around 8.20am.