'I had to help', says nurse who helped bleeding victim of Clarke Quay brawl 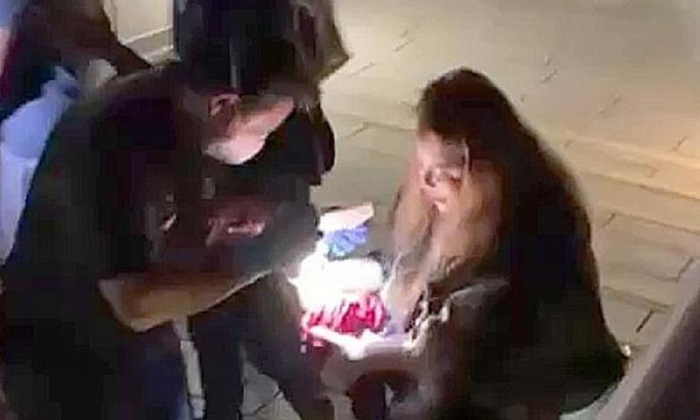 When she heard a scream and saw blood on the walkway as they were leaving The Central @ Clarke Quay on Dec 19, Ms Nurlydia Abdul Razak had only one thought.

A woman was lying injured on a nearby walkway after a brawl involving more than 10 people, and the nurse knew she needed to step forward and help.

What she did not expect was for videos of her at the scene to go viral, with family, friends and even colleagues asking her if she was involved in the altercation.

So far, 12 people have been charged over their alleged involvement in the brawl, which happened at around 10.35pm outside The Tipsy Cow bar and bistro at 6 Eu Tong Sen Street.

Three people were injured in the fight, including a woman, 27, and her male companion, 36.

Speaking to The New Paper on Tuesday last week, Ms Nurlydia, 30, a mother of two young children, said she, her husband and some friends were celebrating a birthday at The Tipsy Cow when they heard the commotion.

They left as quickly as they could, but as they were walking away, they heard screams.

Ms Nurlydia's friend's sister-in-law was also a nurse so they rushed over.

Ms Nurlydia said: "Out of fear (that the brawlers were still there or would return), another friend told me not to go. I said we have to help, if not why did we become nurses? If I walked away, I wouldn't feel good."

She said the injured woman was bleeding from a wound on her right arm, so the nurses elevated the arm and used a shirt to stop the bleeding.

They kept asking her questions as the woman was slipping in and out of consciousness.

"She said she had just gotten married," Ms Nurlydia added.

She said the woman's husband was standing, so no one realised he was also hurt until he suddenly lay down.

"It was so dark and he was wearing black. But his shirt was drenched in blood. When the paramedics came, we told them to attend to him first," she said.

Even with five years of experience as a nurse, including some time in operating theatres, the aftermath of the brawl was a first for Ms Nurlydia.

"It was quite scary. It was the first time I had so much blood on me. Even the next day, I felt like I could still smell it."

Shortly after the incident, people started calling and sending her viral videos, in which she was seen shouting at her friends to move away as they were telling her to leave the scene.

She said: "At work, some of my colleagues saw the video and asked me about it. That was why I decided to inform my supervisor. Even my nieces and nephews saw the video on TikTok.

"It was so embarrassing."

But when asked if she would step forward again, Ms Nurlydia was unequivocal.