Hundreds of birds form spectacular spiral at Bukit Batok: Here's what they could be 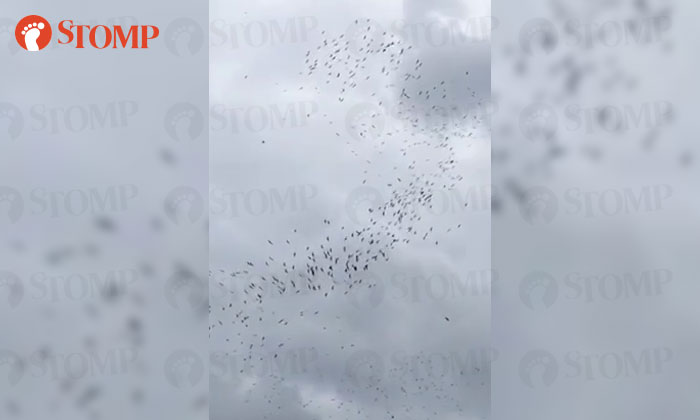 It's not every day you look outside your window and see hundreds of birds flying in a spiral.

Stomper Chris and his son Glen spotted a flock of birds outside their flat at Block 117 Bukit Batok West Ave 6 on Saturday (Dec 7) at about 4.10pm.

He shared with Stomp videos of the spectacular sight.

"Hundreds of birds were soaring in the air," he said.

"It was an amazing sight."

According to The Straits Times, birdwatchers witnessed a similar sight over the Kranji Marshes earlier that same day.

The birds were identified by a Nature Society (Singapore) member as Asian openbill storks. While a small number of Asian openbill storks have been sighted in Singapore before, the appearance of such a large flock is rare.

The storks are known to usually forage for prey such as water snails in the rice fields of South-east Asia, especially along the Mekong and Chao Phraya River basins.

However, due to drought, there could be less food available for the birds, causing them to fly elsewhere for food.

The birds did not appear to linger in Singapore for long as they could not be found in the Kranji Marshes the next morning.