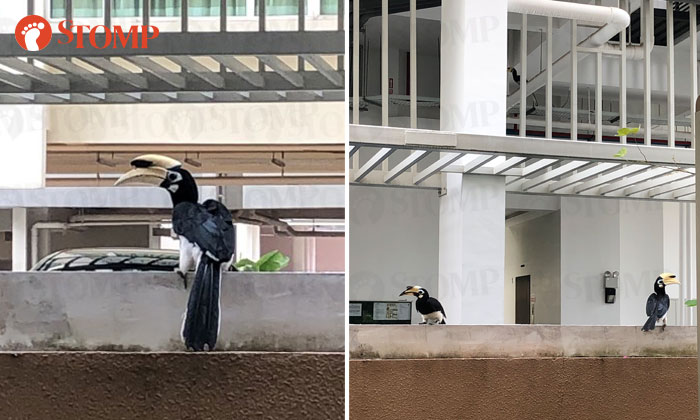 He told Stomp that this is the first time he has seen hornbills outside the zoo and was happy to see them.

In photos he shared, two of the birds are sitting on the wall while another is perched on a pipe above the others. 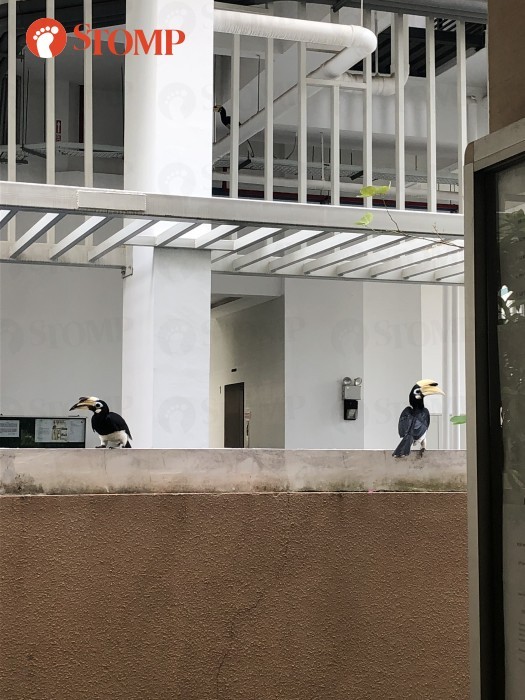 "I spotted not one, not two, but three hornbills spotted resting around my apartment," he said.

"I was not aware that hornbills are quite a rare sight until I Googled it and read about it.

"I also read that there are ongoing efforts to ensure the continued survival and proliferation of this striking bird species."

Hornbills are native to Singapore and were once thought to be extinct until a pair reappeared in Pulau Ubin in 1994.

There are now around 100 oriental pied hornbills in Singapore, cementing the bird's position as a poster child for species rehabilitation here.