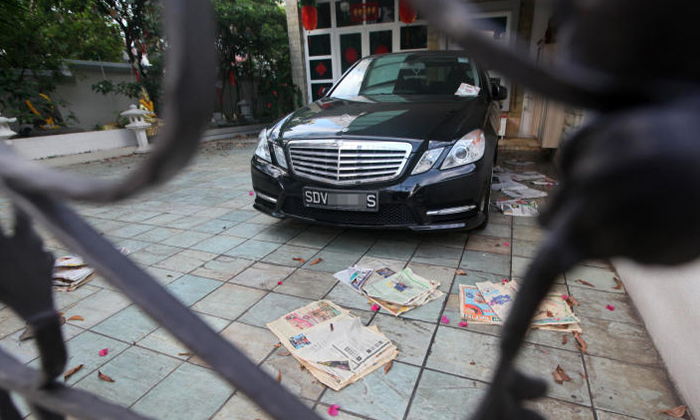 Shaffiq Alkhatib
The Straits Times
May 17, 2019

Leong Lai Yee duped her victims into believing that she would use the funds they had invested to buy "distressed properties" and sell them for a profit.

A distressed property is usually the result of a home owner who is unable to keep up with its mortgage. Such properties are commonly sold below the market value.

The court heard that Leong, 55, also told her victims that she would use their investments to fund start-ups and reap "lucrative monthly returns". However, she did not use her victims' funds for their intended purposes.

Deputy Public Prosecutor Kenneth Chin said: "In reality, Leong would use the monies collected from more recent victims to pay off her earlier victims, while enjoying her criminal proceeds in the meantime."

She was sentenced on Friday (May 17) to 14 years' jail after pleading guilty to 50 cheating charges and one count of dealing with the benefits of her criminal activities. Another 806 charges were considered during sentencing.

The Straits Times understands that Leong used to be a real estate agent, but she was no longer one when she committed the offences.

From January 2010 and May 2015, she told her victims that she was buying distressed properties in Singapore's prime districts from sellers on the brink of bankruptcy.

She also told her victims that she had been dealing with investments involving such properties for many years and claimed she had "insider knowledge" due to her purported connections with a banker and a lawyer.

In 2014, she ran another ruse in which some of her victims were told that she was funding start-ups.

She then invited them to invest money with her, promising monthly returns of 7 per cent to 9 per cent.

In her ponzi scheme, she encouraged her victims to increase their investments with her. She also encouraged them to refer others to her purported money-making ventures.

The DPP added: "Hence, some investors introduced their relatives and friends to participate in the accused's Ponzi scheme. The accused also convinced some victims to pawn their gold items or withdraw their CPF funds in order to invest with her."

The amount cheated in Leong's case is unprecedented, said the DPP.

But she left for Thailand on May 15 that year, before the CAD started its investigation into her case.

The court heard she later ran out of money and surrendered herself at the Singapore embassy in Bangkok on Nov 2, 2017. She was arrested when she returned to Singapore two days later.

Leong has been an undischarged bankrupt since April 21, 2016 and many of the victims were her close friends.

DPP Ling said that she had used her ill-gotten gains money for her own expenses such as mortgage loan repayments and family expenses.

Her offences came to light when she began delaying payments by late 2014. She told the victims that she would refund all outstanding payments by May 18, 2015.

Leong could not fully repay them and decided to leave Singapore.

On Friday, DPP Chin urged District Judge Hamidah Ibrahim to sentence Leong to at least 14 to 15 years' jail, stressing that she had made no restitution.

Defence lawyer Tito Issac, however, pleaded for his client to be given between eight and nine years' jail. He also told the judge that Leong was "immensely remorseful".

For each count of cheating, she could have been jailed for up to 10 years and fined.

Related Stories
Man who cheated 6 women of nearly $437k after meeting them on dating apps gets jailed
23-year-old woman cheated 28 victims of almost $6k after listing Rolex watches and tickets for sale
Mum of 7 masterminded $1.8 million renovation scam -- a month after being released from jail
More About:
scam
money