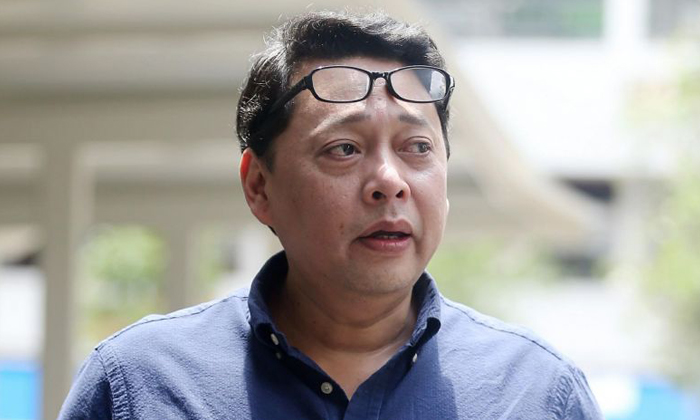 Claiming to be an experienced trader, a jobless man cheated six women of almost $437,000 after befriending them on dating platforms Match.com and Tinder.

Twenty-four similar charges linked to the remaining amount were considered during sentencing.

In 2016, Aw met a 50-year-old Singaporean woman on Tinder and they started a romantic relationship.

Aw, who is a Singapore permanent resident, called himself "Daniel" and claimed that he was an experienced silver trader.

He also told the woman about an "investment opportunity" which he said would reap high profits.

Deputy Public Prosecutor Tan Hsiao Tien said: "In the accused's dealings with the victim, he led her to believe that he was a credible and trustworthy person who had valuable information about investment, and would help her to invest in silver, in her best interests.

"In fact, the accused was never a trader and had never invested in foreign currencies and commodities. The accused did not use any of the monies for the purported investment."

Aw used a similar method to cheat five other women between August 2016 and July 2017.

Four of the victims were Singaporeans while the fifth was an Indonesian living in Singapore. They were between 39 and 48 years old.

Aw had also told these five women that he needed money for various reasons, such as to pay for medical expenses and car repairs.

However, all these reasons were false, said the DPP.

Aw used the money for his personal expenses, including settling his gambling debts.

The five women alerted the police between December 2016 and September 2017 when they realised that Aw had swindled them.

He admitted in court on Nov 28 last year to cheating the five women.

His first victim realised she had been swindled after reading about the case in The Straits Times, and made a police report two days later.

DPP Tan said that Aw has a history of committing similar offences and urged District Judge Chay Yuen Fatt to sentence him to at least five years' jail.

The court heard that Aw was jailed for 14 months in 2013 after cheating four women of $55,000. He had met them on dating websites.

For each count of cheating, he could have been jailed for up to 10 years and fined.

Related Stories
Woman cheated of over $68k by BF she met on Tinder, realises she's not his only victim
Married woman, 48, scammed of $7k by 'Facebook BF' -- whom she has never met
Woman cheated of $23,800 by Facebook BF who claimed to have $56 million inheritance
More About:
scam
court