Honda driver, where in the world did you learn to make a U-turn like this? 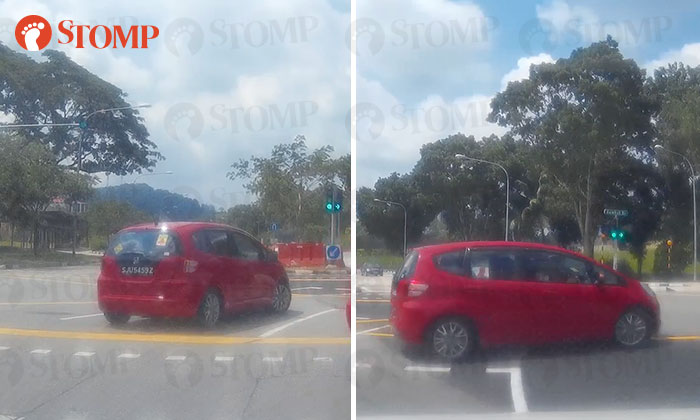 The driver of a red Honda SJU5459J was caught making a U-turn at a traffic junction between Upper Bukit Timah Road and Gombak Drive, even though she was in a right-turning lane.

Stomper Batrish who was driving behind her captured the reckless manoeuvre on his vehicle’s dashboard camera and he submitted the footage to Stomp.

In the video, the Honda could be seen, driving in the lane beside Batrish's vehicle which was in the rightmost lane.

The Honda driver then attempts to make a U-turn, prompting Batrish to sound his horn and stop his vehicle.

She quickly raised her right hand in an apologetic manner.

“Luckily I recognise that she was making a U-turn manoeuvre.

“Never in my years of driving have I seen anyone who makes a U-turn like that.”