Driver almost hits rider and his wife while exiting filter lane, gestures angrily at them after 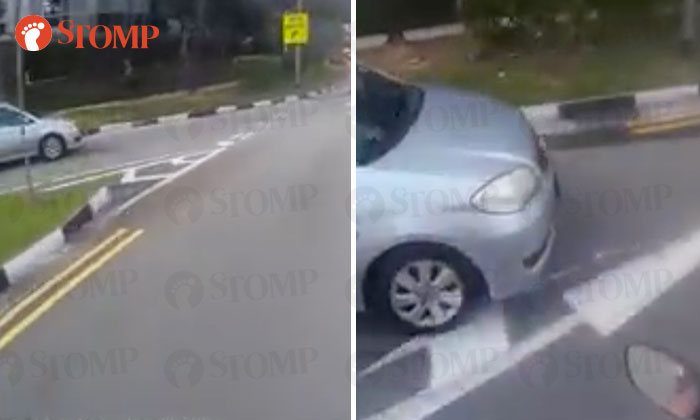 Stomper Farhan was on a motorcycle with his wife riding pillion when a silver car, which was exiting a filter lane, almost crashed into them.

The incident happened along Jurong Gateway Road on Thursday (Aug 24) between 6.15pm and 6.18pm.

Fortunately, Farhan sounded his horn in time, and the driver, with licence plate number SGE4353X, slowed down, missing Farhan’s motorcycle.

According to the Stomper, the driver was unrepentant and even gestured angrily at Farhan and his wife.

"There are so many accidents involving motorcycles nowadays.

"Luckily, I sounded my horn at him and I was travelling at a slower speed as the traffic light had just turned green.

"He could have hit me and my wife."