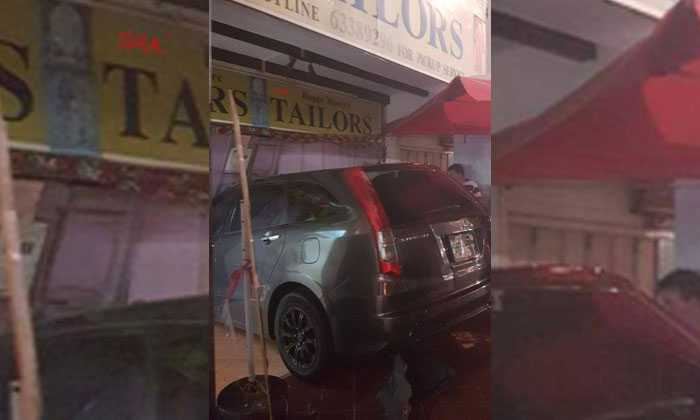 A 47-year-old man was taken to a hospital after an accident involving two cars took place along South Bridge Road on Friday (Sep 14).

In response to Stomp's query, the police said that they were alerted at about 9pm, and that investigations are ongoing.

Stomp understands that the 47-year-old man was the driver of one of the cars, a silver Toyota.

He was travelling along South Bridge Road towards Neil Road when a second car emerged from Temple Street, and he could not stop in time, which caused the two cars to collide.

He sustained slight injuries and was conscious when conveyed to Singapore General Hospital.

The driver of the second car, a grey Honda, had his view obstructed by a big lorry thus he could not see oncoming vehicles.

When he turned out then did he felt an impact, causing him to lose control of the car and crash into a shophouse.

He did not sustain any injuries.

This accident took place a day after a car crashed into a bar at Great Eastern Centre.