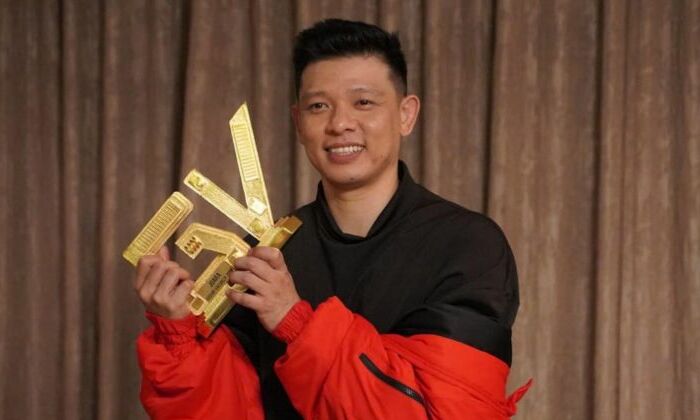 This is the first time the annual Malaysian reality singing competition that features regional veteran singers has had two winners.

Both winners took home RM100,000 (S$32,700), a trophy, a holiday to Eastern Europe and the Middle East, home renovation packages and hotel stays.

The finale was broadcast live from MBSA Auditorium Hall in Shah Alam on Dec 22.

The judging panel for the show - made up of music veterans Datuk Ramli MS, Hetty Koes Endang and fashion designer Datuk Rizalman - gave both Hady, 39 and Naqiu, 33, a score of 87 per cent.

Singaporeans and Malaysians have expressed support for Hady whose comeback comes after a difficult year.

He left the entertainment industry in 2013 and in 2017, a post went viral about him becoming a Grab driver.

In 2018, he was arrested for drug offences but bounced back and restarted his music career earlier this year.

"We are proud of you.

Hady posted videos on his Instagram page the morning after winning the competition (Nov 23) thanking his family and friends.