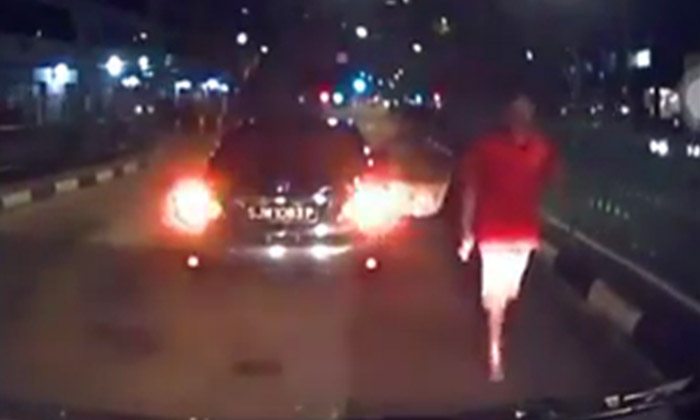 A guy was recorded on video stopping his car in the middle of a road to confront and hurl vulgarities at another driver.

Stomper David shared with Stomp the video that was circulating on WhatsApp.

It is unclear where the incident occurred at but according to the video's timestamp, it took place at about 5.55am on Oct 10, 2019.

The man in a red top can be heard spewing vulgarities throughout the video.

The driver apologises several times but the man constantly tells him to "come down".

The driver can be heard saying: "Ok lah, I say sorry already what."

It is unclear what the argument is about.

David said to Stomp: "I hope the driver who was being threatened can lodge a police report.