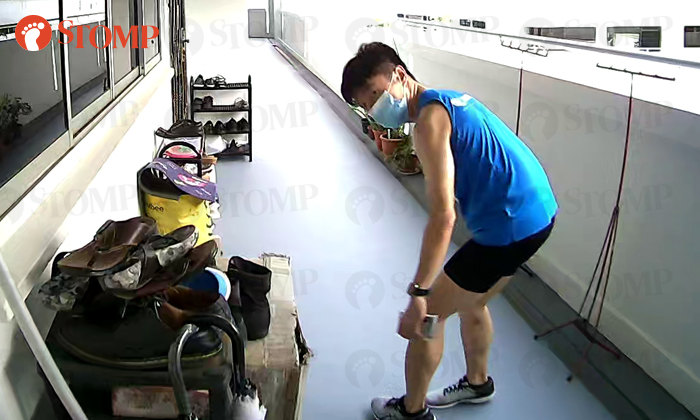 A closed-circuit television (CCTV) camera can be a good deterrent against potential thieves, as a resident in Lengkok Bahru found out on Friday morning (Aug 14).

Stomper Vincent decided to install a CCTV camera outside his flat at Block 52 Lengkok Bahru after losing two pairs of Nike shoes.

"The first pair went missing in May, while the second pair was lost between August 3 and 5.

"I decided to install a camera to catch the culprit. And just after the first night of the installation, I caught this fella in action."

In a video that Vincent shared, a man wearing a mask can be seen snooping around the Stomper's shoe rack along the corridor at around 7.05am.

He then makes eye contact with the camera and walks off.

Well, this seems like this is a more effective method than putting up a sign threatening death.