Customer takes stall owner's phone from table, then helps himself to cash in bucket 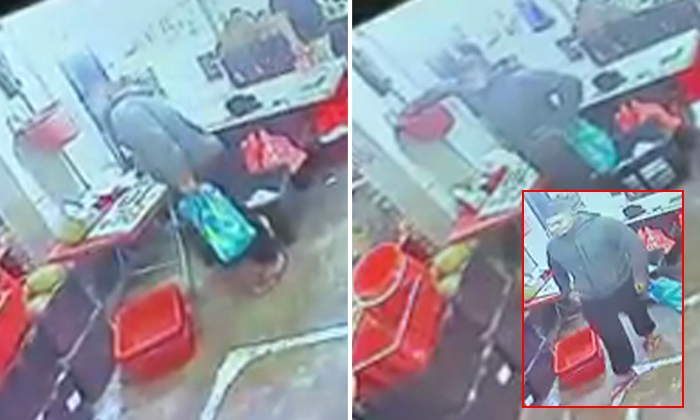 A man was caught on camera stealing cash and a handphone during his visit to a durian stall at Block 22 Havelock Road.

Facebook user Cheeinn Tan posted two videos of the incident that occurred on July 2, at around 1pm, and appealed for more information about the man.

When contacted by Stomp, Tan said that the man had taken his iPhone X and around $400 in cash.

Tan, who identified himself as the "small boss" of the durian stall, told Stomp: "He took my phone from the red table first."

In the first video, the man can be seen placing the mobile phone in his own pocket.

The second video shows him looking around and then reaching into a container that was hanging from the wall, before leaving the stall.

Tan added: "I cannot confirm the exact amount that was taken and it can't be seen on the CCTV camera, but I believe it's around $400.

"I have reported the matter to the police and given them the CCTV footage."

In his Facebook post, Tan also wrote: "Need help, please find the guy for me! Need the phone as it contains many important information."