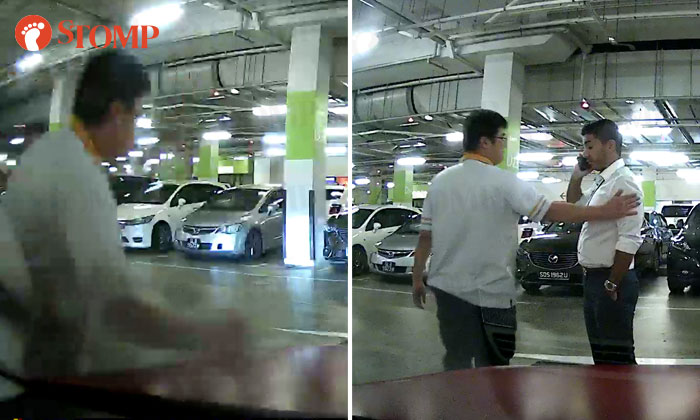 A man was caught on video punching the bonnet of another driver's vehicle at Changi City Point's carpark on Sep 2 at about 6.19pm.

Stomper Terry, the driver of the said vehicle, alerted Stomp to the incident and shared video footage taken from his in-car camera.

"I saw a green light for a vacant spot and made a short turn against traffic to enter it," he said.

"The other guy was already reversing his black Skoda into the lot beside mine and I was not obstructing any vehicles.

"However, while inside his car, the guy clapped his hands at me and said, 'fantastic driving'.

"I took a while to get out of my car and even though he had parked his vehicle first, he did not exit his vehicle.

"It was almost like he was waiting for me."

Terry told Stomp that when he got out of the vehicle and told the man to 'mind his own business', the man proceeded to punch the bonnet of his car.

"I turned back and informed him I would be calling the police but he put his hand on my shoulder and just proceeded to leave the scene.

"His mannerisms and actions are that of a person inciting and provoking a physical confrontation."

Terry also shared with Stomp a photo of the dent caused by the man on his car's bonnet. 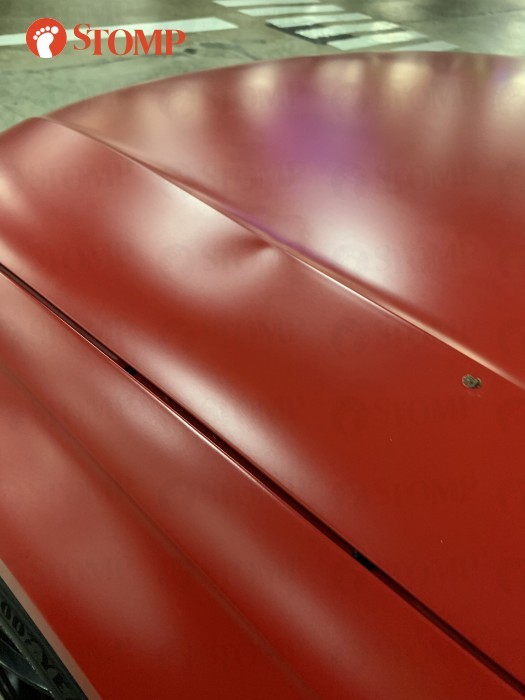