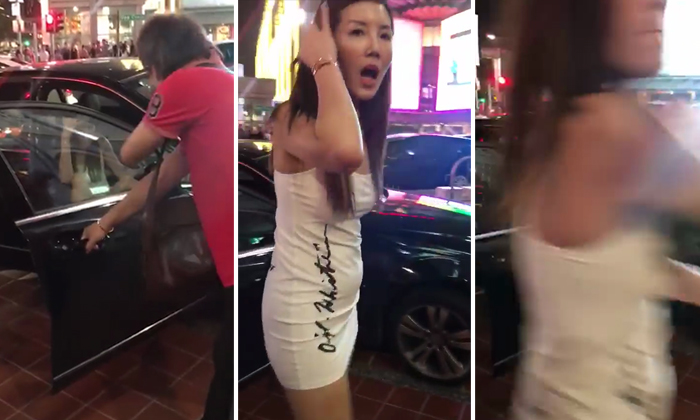 A 32-year-old woman is assisting with police investigations after she was caught on camera in a road dispute in Chinatown on Friday night (Sep 6).

Responding to a Stomp query, the police said they were alerted to a case of dangerous driving along Upper Cross Street, towards South Bridge Road, at 10.24pm.

Several Stompers alerted Stomp to two videos of the incident that have gone viral online after being posted on Facebook, where they have since garnered over 1,500 shares.

In the first video, a man can be seen holding onto the door of a black Mercedes that is stationary on a pedestrian walkway.

A woman in a white dress then gets out from the car and is heard swearing, before she returns to her vehicle and closes the door.

The second video shows the woman driving off against traffic flow.

Someone can be heard saying in the background: "She wants to run away."