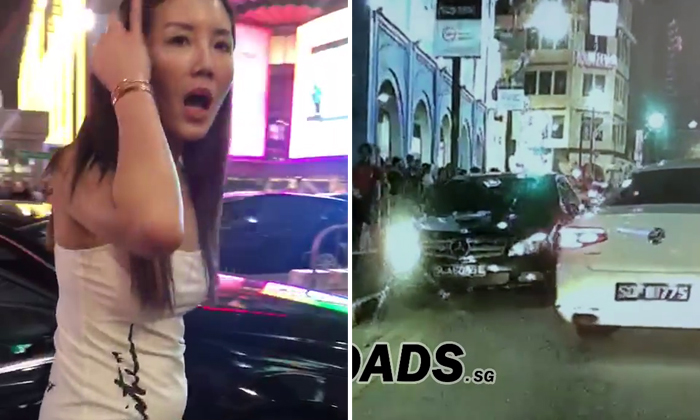 A Mercedes driver who was caught on camera going against traffic in Chinatown had continued to do so despite pedestrians and a motorist trying to stop her.

It was previously reported by Stomp that the 32-year-old woman is assisting with police investigations into a case of dangerous driving that occurred along Upper Cross Street, towards South Bridge Road, on Friday night (Sep 6).

Earlier videos showed the woman getting out of a Mercedes Benz and cussing during a road dispute, before driving off against traffic flow.

In another video posted by ROADS.sg on Facebook, the same Mercedes Benz is seen going against traffic despite "multiple warnings".

Benjamin Tan, who witnessed the incident and submitted the video, said: "Pedestrians knocked on [the driver's] door multiple times but she ignored them.

"[The] front white car also tried to block her but to no avail."

According to Benjamin, the Mercedes driver continued travelling towards South Bridge Road and "sped off all the way against traffic" after passing his car.

No injuries were reported in the incident.