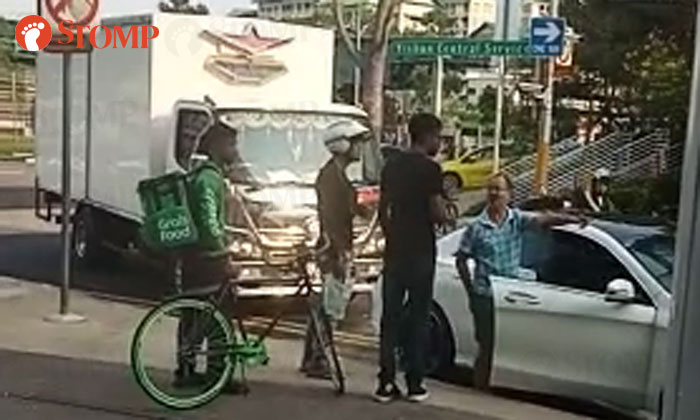 Three men were involved in an argument at Yishun Central Service Road on Thursday afternoon (Sep 5).

Stomper Suraj was passing by when he saw a lorry driver arguing with the driver of a Mercedes-Benz next to Northpoint City.

"The Merc driver was parked in an awkward position and the lorry driver couldn't park properly," he said.

"He asked the Merc driver to move but the uncle didn't seem willing to help.

"Then, this Grab rider came and told the Merc driver to move as well."

In Suraj's video, a motorcyclist appears to have entered into the mix too.

Suraj told Stomp that the dispute escalated from there and that the argument lasted for about 15 minutes from 5pm to 5.15pm.

"Eventually, the Mercedes-Benz driver moved his car," he said.