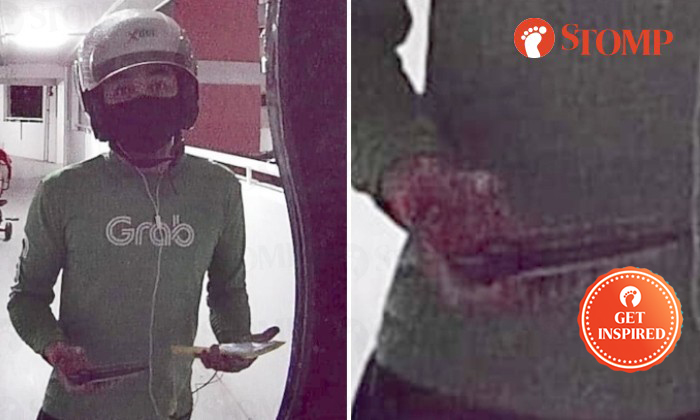 We have always known Grab riders to be the unsung heroes of our community. Whether they are delivering food in harsh weather or helping us satisfy a midnight snack craving, Singaporeans have a lot to thank the Grab community for.

In this case, Stomper John wishes there was a way to express his overwhelming gratitude when a kind Grab rider returned his lost wallet right to his doorstep. 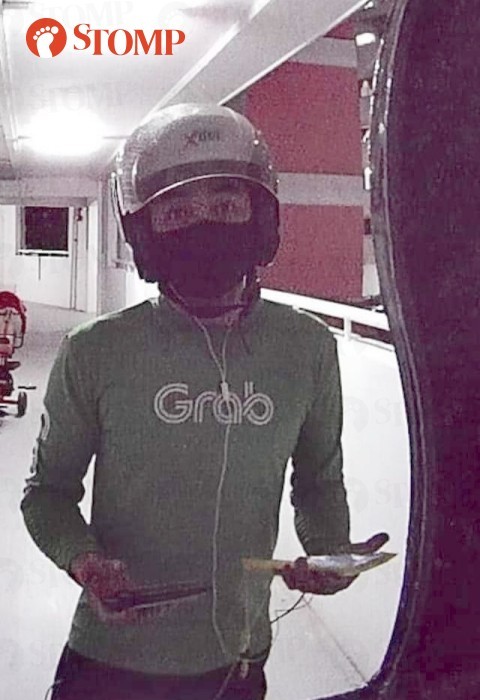 John told Stomp that he had misplaced his wallet at a carpark in Jalan Bahagia on Wednesday evening (Jan 6) after taking it out to pay for his motorcycle parking.

He added that he had to grab a spare cash card from his wallet as his existing one had run out of money.

After paying for parking, he rode home, unaware that his wallet was no longer in his pocket.

"When I reached the carpark near my house at Jurong East, I realised my wallet was missing. I had just parked my motorcycle and I was still at the carpark," John said.

"So I frantically started searching the area, my bag and my motorcycle but to no avail.

"I was shocked and very upset because my wallet contains all my important cards that I need. I knew I had to find it so I just kept searching."

The moments of frantic shock quickly turned into a sigh of relief when John received a call from his helper, telling him that someone had found his wallet -- and personally delivered it to his doorstep.

"It was like a miracle. I mean, he even reached my house before I did! I'm truly blessed and extremely grateful," John added.

"Simply amazing how someone can be so kind to bring the wallet to my doorstep without any expectations of rewards.

"I wish I could have gotten his name, or a chance to personally thank him for being such a kind soul. But all I have is a picture of him that I got from the security camera attached to my gate.

"I also really wanted to give him a token for making the trip all the way to my house to return my wallet, but he had already left.

"He is such an inspiration, especially in the midst of this pandemic. There were cash and credit cards inside and yet, he wasn't tempted by any of that.

"I just think that this is a heartwarming story to share to show that there are still so many kind souls around. I will remember to pay his kindness forward."

Related Stories
'I wish him well': Lovely uncle goes out of his way to return phone that student left on bus
'Ms Ziyi' surprises GrabFood deliverywoman with bouquet of flowers, fries and tip
Man's GrabFood order gets cancelled after 1 hour, rider makes special effort to 'tabao' food for him
More About:
get inspired
heartwarming
kind
grab
inspiring
touching