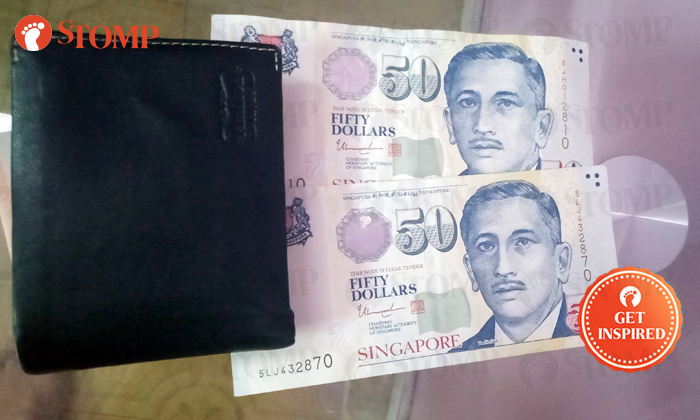 As a Grab driver, Stomper Mohamed is no stranger to having passengers accidentally leave behind their belongings in his car.

The 45-year-old, who has been on the job since 2018, typically returns the items to their owners by driving to them.

Mohamed was touched when he received a reward for the first time on Tuesday (Nov 3) for his efforts, and even more shocked by the significant amount.

The Stomper said that he had picked up a passenger, an Australian expat, from Citibank Changi Business Park to InterContinental Singapore Robertson Quay at 6.52pm.

He recounted: "After dropping him off, I went for a break for around 10 minutes. I then received another booking where the pick-up was at Singapore General Hospital.

"On the way there, I got a call from Grab's customer service, who informed me that the earlier passenger had lost his handphone.

"I told them to give me a minute and stopped my car to check."

Mohamed said that he found the phone at the rear passenger seat after searching his vehicle.

He told Stomp: "Fortunately, I had gone for a break instead of doing another pickup or the phone might not have been there anymore.

"I told Grab's customer service that they could share my contact details with the passenger but requested that he call after 30 minutes so that I could finish my current booking first."

Mohamed completed the booking at around 7.30pm and the Australian passenger got in touch.

The Stomper recounted: "He was very happy that I'd found the phone as there were a lot of important contacts inside.

"I said I was in Bukit Batok and could pass him the phone. I checked the Grab app and told him that the fare from my current location to his hotel was $17." 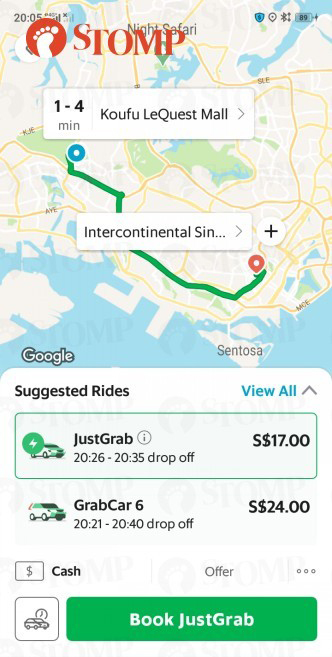 According to Mohamed, the passenger readily agreed to the $17 fare and said "no problem".

He shared: "I called him when I reached the hotel. He hugged me and thanked me profusely, telling me how important the phone was.

"I said it was too much for me and that just the fare would be enough, but he said no and insisted I keep it and use it to go for dinner with my family."

Mohamed told Stomp that the incident was "very special" to him, as it is the first time he has been given a reward for returning lost items and especially considering the Covid-19 situation.

He said: "I have encountered three to four similar situations, such as a student who forgot his laptop in my car or a passenger who left his Rolex behind, but this is the first time I have gotten a reward.

"This means a lot to me as the pandemic has been tough for me and business has been slow."

Mohamed, who said he will be bringing his family out for dinner this week, added: "I am really shocked but happy. I feel very appreciated."