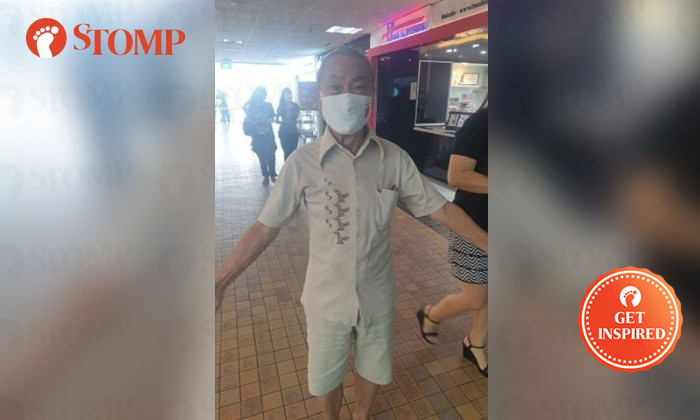 A kind man has restored a Stomper's faith in humanity after returning the latter his lost phone.

Stomper Jack informed Stomp that a kind-hearted man returned his phone after he lost it at Beauty World Centre on Thursday (Sep 24) at around 1pm.

Jack also sent a photo of the man who helped him.

"I lost my phone and this kind-hearted man happened to find it," Jack said.

"Even though he was in a rush, he still waited more than 15 minutes for me to collect my phone at the security area.

"I wanted to treat him to a cup of coffee and some food but he declined as he had to rush to meet his friend.

"Wow, I am so happy that humanity still exists in Singaporeans.

"I almost had a heart attack when I realised I lost my phone as my phone contains a lot of information and photos of my family.

"I asked for this kind man's photo as I think that he deserves a credit for his honesty.

"I really want to thank this man. I appreciate him so much."