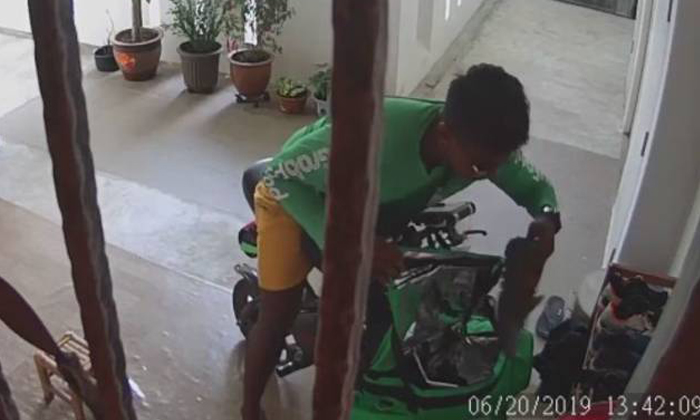 A 27-year-old Grab deliveryman who was caught on camera stealing a pair of shoes from outside a customer’s home has been arrested.

Video footage of the June 20 incident went viral after being posted on social media and Grab told Stomp that it was investigating the matter.

The police said they were alerted to the theft of shoes outside a residential unit along Keat Hong Close on June 27, at about 9pm.

"Through ground enquiries and with the aid of images from police cameras and CCTV cameras, officers from Jurong Police Division established the identity of the man and subsequently arrested him on June 28," they added in a statement on Saturday (June 29).

A Grab spokesman also told Stomp in an updated statement: "We are working closely with the authorities on this matter and have suspended the delivery-partner's account."

Anyone convicted for theft shall be punished with a jail term of up to three years and/or a fine.