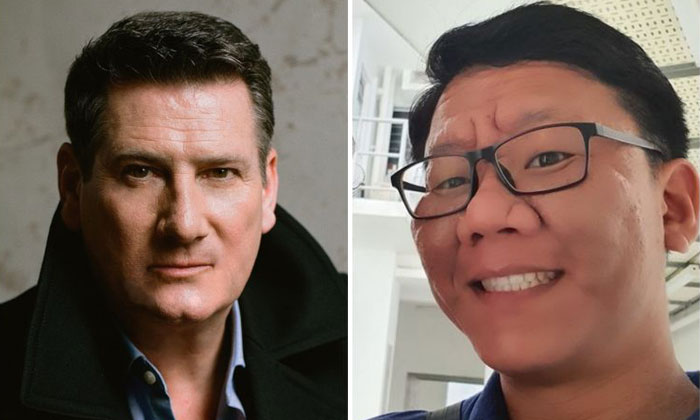 Local radio station Gold 905 has walked back on its initial decision to deny a man the $10,000 prize for a radio quiz after he was deemed to have mispronounced the name of English singer-songwriter Tony Hadley.

Mr Muhammad Shalehan, 32, had enlisted the help of Hadley himself, after he missed out on the prize, to prove to the station that he had pronounced the name of the 59-year-old singer correctly.

On Friday morning (May 22), after much anger from netizens, the station wrote on its Facebook page: "We have reached out to Mr Shalehan again to convey that we are deeply sorry. Since Tony Hadley has said that Mr Shalehan said his name correctly, who are we to disagree? The full prize of $10,000 cash and shopping spree will also be awarded to Mr Shalehan."

When contacted by The Straits Times, Mr Shalehan, a SMRT train captain, says: "I was sleeping but my phone was going off with notifications so my wife checked my phone and woke me up because the station had sent me an e-mail telling me that they would give me the $10,000."

The station had initially doubled down on their stance after Mr Shalehan sent them a video of Hadley saying that the pronunciation of his name was right, but offered a token of appreciation of $5,000 to Mr Shalehan as a gesture of goodwill. Mr Shalehan did not accept the offer.

"Most importantly, they have acknowledged publicly that they are sorry. I hope this serves as an inspiration to others, that you do not just shut up because of some money. You have to have some integrity," says Mr Shalehan.

He adds that the incident is the first time he has received such public attention.

"My phone keeps ringing with notifications but they are all supportive of me and I'm so happy. Especially to the fellow listeners who have been following along with the radio challenge - they know how difficult the challenge is and how much effort it takes to get it right," he says.

Mr Shalehan had called in on April 21 to give his best shot at the Celebrity Name Drop challenge hosted by Mediacorp radio station Gold 905. A prize worth $10,000 in "cash and shopping spree" was promised to the first caller who successfully named all 14 celebrity voices each saying a word of this phrase - "Gold 9-0-5, the station that sounds good, and makes you feel good" - in order.

Though Mr Shalehan got the correct answer, he was told he only had 13 correct names by deejay Chris Ho. When another man called in on May 6 with the same exact set of answers, he was awarded the $10,000 prize. The station later said it was because Mr Shalehan's pronunciation of "Hadley" was not accepted and thus deemed an incorrect answer.