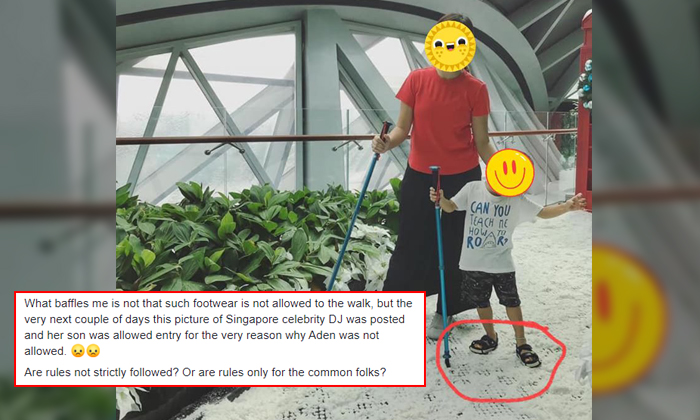 A parent questioning why a local celebrity's child was allowed into an attraction at Jewel Changi Airport without proper footwear while her own son was barred entry has sparked much unhappiness for all the parties involved.

Facebook user Kailin Ng had brought her four-year-old son to Jewel's Canopy Park, which currently has Christmas-themed features such as a Snow Walk Spectacular at the Topiary Walk, on Nov 23.

In a Facebook post on Dec 3, the 30-year-old housewife wrote that her son Aden was denied entry into the Snow Walk due to improper footwear.

He had been wearing open-toe sandals instead of covered shoes, which are required as part of safety measures. 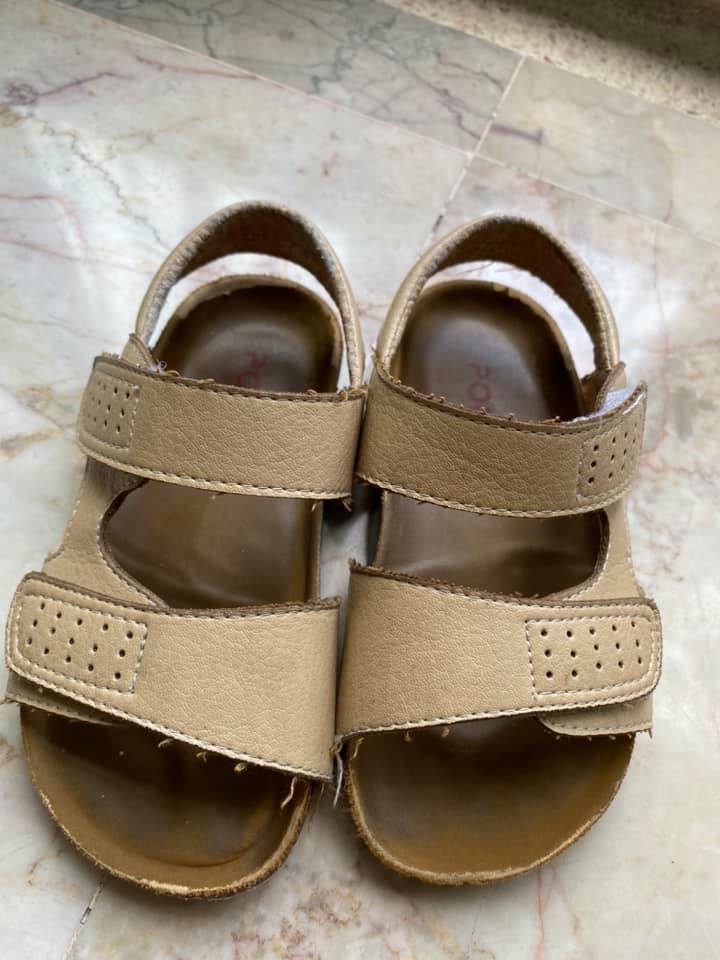 Ng said in her post: "Lucky for me, Aden was understanding. He left that part of the walk saying to me, 'It's ok, I'm still happy.'"

However, Ng was "baffled" when she came across a photo posted by a "Singapore celebrity DJ", showing the latter's son on the Snow Walk despite being clad in sandals.

Ng wrote that the celebrity's son "was allowed entry for the very reason why Aden was not allowed" and added: "Are rules not strictly followed? Or are rules only for the common folks?"

Although Ng did not name the celebrity in her post, netizens identified her as local DJ Lim Peifen, who had shared the supposedly offending picture on her social media accounts on Dec 1.

Lim subsequently commented on the incident, though not on Ng's original post but on a reposted thread by All Singapore Stuff.

"Hi Kailin, I’m sorry to learn that Aden was refused entry to the snow walk, but I’m so glad to see that he is such a sweet, understanding boy," said Lim.

"I wish Luke would be understanding like that as well, if a similar situation happened to us.

"Thanks for being an inspiration and a role model!"

Lim has also since issued a statement on her Facebook page and said she was not given a chance to present her side of the story, "which has led to a bit of misunderstanding".

She explained in a Facebook post on Monday (Dec 9): "We queued up for the Snow Walk. We wondered if we could go in with our sandals. We saw other children in queue with their parents, and they were allowed entry to the Snow Walk with their open-toe sandals.

"When it was our turn to take the walk, we asked whether our shoes were ok. We were given the ok to go. There was no preferential treatment, nor did we insist on any.

"All I wanted was to have a happy day out with my family, and we did enjoy ourselves."

Lim, who said that "safety is the most important when it comes to having fun", also emphasised: "I am happy to follow clear, well-defined safety measures for all activities, and I hope that rules are always well-enforced."

Responding to media queries, a Jewel Changi Airport spokesman said that it is a topmost priority for visitors to enjoy its facilities in optimal conditions, which is why they are required to be in covered footwear for the Snow Walk.

It also said that the incident involving Lim's son was an "oversight" by staff.

All rangers manning the Snow Walk have since been reminded to ensure that all visitors are in proper footwear before allowing them into the attraction.

According to the spokesman, Jewel’s Guest Relations has also gotten in touch with Ng and invited her family back for a visit.

In an update on her post, Ng said that she accepted Jewel Changi Airport's explanation and would not pursue the matter further. 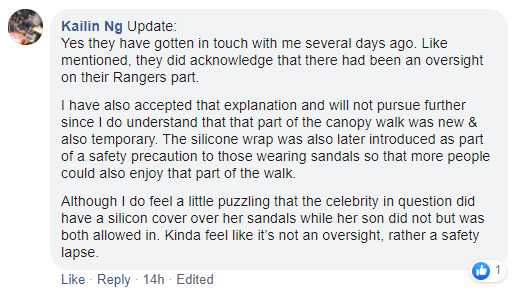