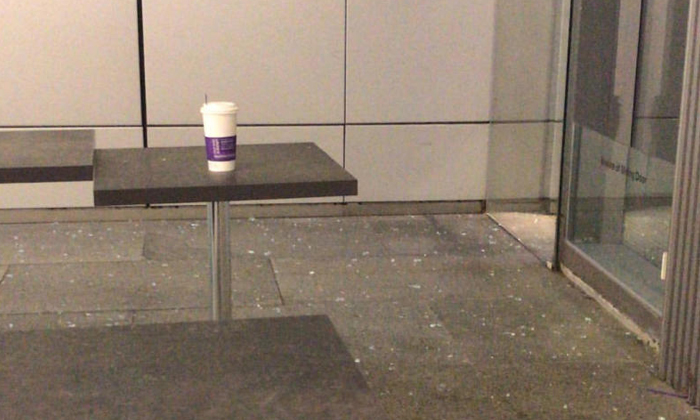 Patrons at Orchard Central shopping mall were given a shock yesterday afternoon when a skylight panel broke, causing pieces of glass to rain down.

Ms Low Li Ping, 22, told The New Paper that she was sitting on one of the ground-level benches across from The Coffee Bean and Tea Leaf outlet at the mall when she heard a cracking sound, which she thought was thunder.

A few seconds later, there was another crack and a part of the glass panel above the entrance next to the cafe shattered, causing glass to fall onto patrons sitting nearby.

One of the customers, who wanted to be known only as Ms Tan, was studying with a friend at the cafe when the incident occurred.

The student, 23, who was not injured, said: "Everybody started running. It was rather dramatic."

Ms Tan said another group of people sitting closer to the shattered panel were not so lucky. She saw that one of them had a cut.

Ms Low said the incident happened at about 2.20pm.

When TNP visited the mall at about 3.30pm, the affected area, located next to Orchard Gateway, was closed off to the public.

TNP understands that this caused two of the skylight's glass panels to break.

TNP also understands that Orchard Central's management will be checking all the existing glass panels of the affected skylight and will replace them if necessary.