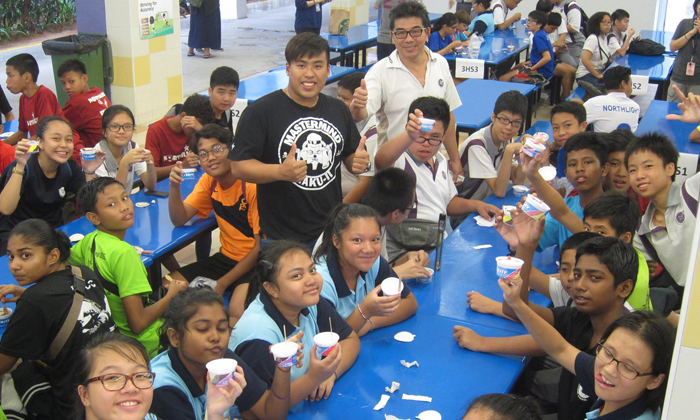 A former student from Northlight School remembered a small gesture of kindness shown to him nine years ago, and went back to pay it forward.

Aaron Liew was given a free cup of ice cream when he was studying at the school in 2007, and now over 800 other students are recipients of his kindness.

"Here’s a story to melt your hearts: in 2007, Aaron Liew (in black t-shirt) was given a free cup of ice cream while studying at Northlight School.

"He never forgot it. It was an early example of the kindness and attention he received over his three years there, which turned his life around.

"This afternoon, he paid that kindness forward by treating the entire school to over 800 cups of ice-cream.  'If not for Northlight, I wouldn’t be who I am today,' says the scuba diving instructor.

"He hopes his sweet gesture will put smiles on the faces of current students, just as it did for him."

The kind gesture definitely had an impact on the students who enjoyed the sweet treat, just as it did on Aaron.

"Secondary 2 student Amirah was one of those with a big grin. She wants to follow Aaron’s example by 'working hard and never giving up'.

"His alma mater is proud. Vice-Principal Jayvin Yeo says: 'For our students, there’s nothing like seeing alumni come back to share their experiences. Aaron is real; he has done it.'"