What on earth is this person doing? Baby gets roughly flipped on toilet floor and held under shower water 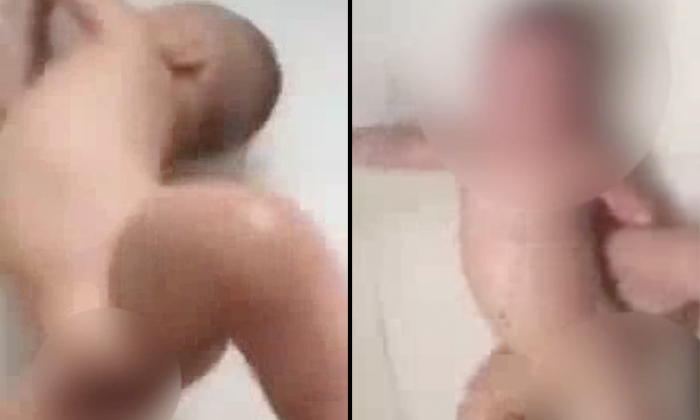 Netizens have expressed umbrage at a Facebook video that shows a baby getting handled roughly and held under shower water amidst him crying.

The anonymous perpetrator in the video is seen suddenly grabbing the baby’s right foot and then flipping him face up, while the baby was crawling on the floor.

Despite the baby’s wailing, the perpetrator didn’t soften his stance, pinning the baby's arm under his foot while the shower water rained down.

The baby struggled helplessly and even swallowed mouthfuls of water as he continued to bawl.

Only after a while did the perpetrator let go and the baby managed to flip himself back into his crawling position.

Many Facebook users have posted messages of sympathy for the baby.

“He or she (the perpetrator) is a heartless dog.”

It is unclear when and where the incident took place.

Watch the disturbing video below.