Wah this guy next level: Audacious Chinese uncle asks for $4,000 after being 'hit' by parked police car 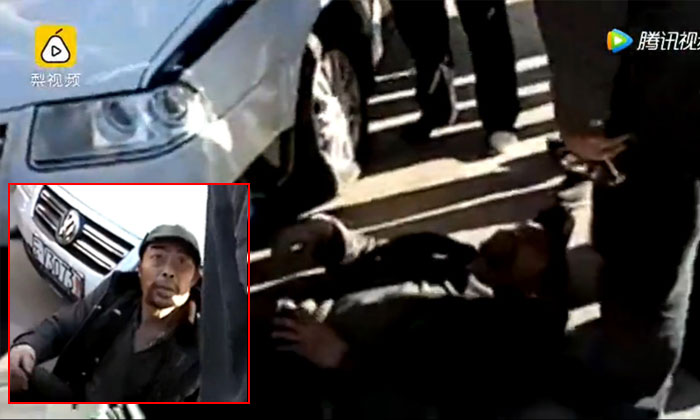 Remember the fake accident scams in China? Well this guy just took the art of 'pengci' to a whole new level -- and it it officially the new hot topic for Chinese media.

The video shows the uncles splayed out on the road in front of a police car -- not giving the vehicle any space to move.

According to Shanghaiist, the incident recently took place right outside a police station in Qujing city, Yunnan province.

The uncle had apparently saw the police car parked at the same spot for a long time and later decided to sprawl on the ground in front of it.

Here's the best part: when an officer had requested for him to move, the uncle demanded 20,000RMB (S$4108.75) in compensation instead.

This man's got guts, that is for sure.

While you may find fault in the man's technique, you certainly can't question his balls.