Thai transsexual slammed for wearing "too little" at Myanmar pagoda 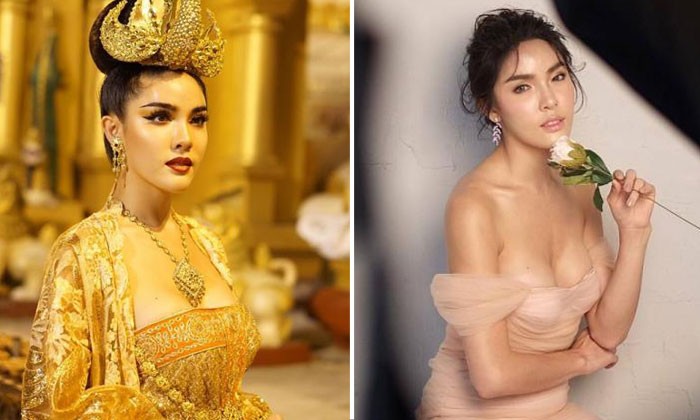 Myanmar Facebook users have gotten furious over a Thai transsexual, Nisamanee Lertvorapong who was wearing a "too revealing" dress when she visited the Shwedagon pagoda which is considered to be sacred by the people of Myanmar.

The dress was almost strapless and revealed the top area of her body with a high cut at the bottom.

The social media icon visited the pagoda and posted photos of herself on her Facebook page which is being followed by over 700,000 followers.

She also spoke humorously about how the dress was made of the gold which was robbed from Thailand during the Ayutthaya period in a Facebook Live video.

According to The Nation and Asia News Network via AsiaOne, Myanmar Facebook users are not letting her get away with her costume and insensitive comment.

They mentioned how they are always dressed in a proper manner when they visit the Temple Emerald Buddha to show respect to the place.

Her comment regarding the robbery has also caused rifts between the two peoples.

Nisamanee issued an apology on her Facebook wall after saying she did not realise the differences of cultures of the two people and did not intend to cause the rifts.

She wrote, "I would like to issue my apology to Myanmar and its people for what I have done."

She also clarified that she was not aware of her improper dress code because no one attempted to stop her from entering the place and her comment was said in a tongue-in-cheek manner.