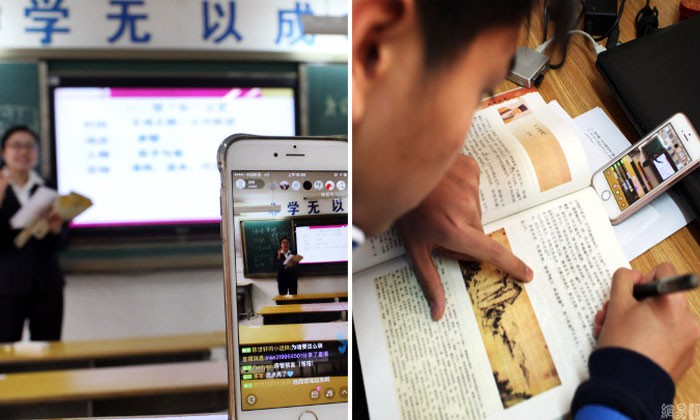 Students in China who thought they might get some days off from school thanks to this week's 'airpocalypse' were disappointed to learn that their teachers had thought up an innovation solution to the hazy problem.

According to Shanghaiist, officials in Xi'an had closed down all kindergartens, primary schools and middle schools earlier this week due to the heavy air pollution with the Air Quality Index (AQI) rising above 1,000.

However, the teachers discovered a very tech savvy method to continue administering class.

Using apps like WeChat and other live streaming apps, the teachers were able to teach in an empty classrooms while students watched and participated through their devices from home, Shaanxi Daily reports.

While this may not be a perfect solution, it's certainly much safer than being forced to go to school when the pollution is so bad. Something tells us that this will become an increasingly popular trend in the near future thanks to the ever growing technology in today's modern world.

This is also definitely much better and safer than forcing students to take their exams outside in the heavy smog, which happened in the Henan province on Monday.

Related Stories
Who left these hot bikini models to freeze in the snow?
Only in China: Recycling medical waste into cutlery and toys to sell
127kg Chinese woman gives birth to baby with the help of 16 medical staff -- and gets tons of nasty comments
school
kids
China
studying
smog
classes