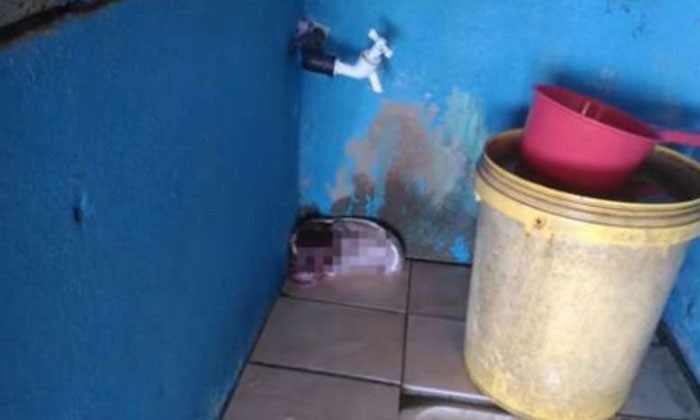 Mr Mohd Zuhairi Shamri, a security guard, was collecting sea shells along the Tanjung Assam beach in Penang, Malaysia on Sun (Feb 12) when he was alerted to a gruesome discovery.

He rushed to attend to the alert and was speechless upon seeing what was left in a toilet of the beach in the village of Gertak Sanggul.

The 24-year-old broke down upon seeing the remains of a baby boy with his umbilical cord still intact.

He said, "How can someone be so cruel? At least have the decency to wrap him up in a cloth."

Mr Zuhairi then contacted the police.

According to The Star and Asia News Network via The Straits Times, the dead baby was found by two men earlier under a water pipe in one of the toilets at about 9am.

35-year-old food stall owner Shara Effa Che Omar was equally upset when told of the discovery and said, "A precious life is lost.

"The parents should have given him up for adoption.

"I don't mind raising him as my own since my daughter has grown up."

The latest incident was the third baby dumping case in Penang over the past two months.

Last Tue (Feb 7), an 81-year-old man rummaging through a garbage bin in Bandar Perda stumbled upon the remains of a baby boy too.

Last month, a six-month-old foetus was also found inside a dumpster in Chai Leng Park.

Balik Pulau OCPD Superintendent Anuar Omar mentioned that a police team went to the toilet at the beach to carry out an investigation after receiving a distress call at about 9.25am.

He added, "The remains have been sent to the Balik Pulau Hospital for a post-mortem."

"We are tracking the baby's mother and whoever else is responsible for dumping the infant."

Penang Women, Family and Community Development Committee chairman Chong Eng stated that parents who could not look after their newborns should place them in a baby hatch at KPJ Penang Specialist Hospital in Bandar Perda, Bukit Mertajam.

"They can also seek help from non-governmental organisations or the state Welfare Department," she said.