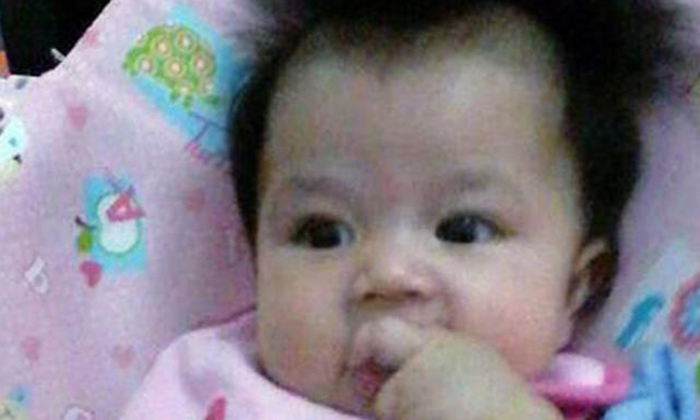 The father of a three-month-old baby was so engrossed in a mobile phone game that he continued playing it while feeding his child from a milk bottle with one hand.

The child, Reyhana Qailah Mohamad Shiddiq, became unresponsive after a brief struggle - she had kicked her legs, moved her hands, pushed the bottle with her tongue, and cried.

Efforts to resuscitate the infant were unsuccessful and she died on Oct 12 last year, five weeks after she was discharged from hospital, where she had been admitted over a broken skull.

Her father, Mohamed Shiddiq Sazali, 27, had accidentally dropped her in August.

He said: "I find it highly probable that Reyhana's demise is causally linked to Mr Shiddiq's utterly irresponsible and reckless manner of feeding her.

"His inattention to her struggles and resistance to drinking essentially amounted to forced bottle feeding of a very young baby."

At KK Women's and Children's Hospital, she learnt Reyhana had a fractured skull.

The hospital told the police and the Ministry of Social and Family Development about the case.

Reyhana returned home on Sept 9, after her parents signed a safety undertaking with the ministry.

On Oct 12, Ms Nurraishah left home at about 10.20am, having fed and burped her baby.

She handed Reyhana to Mr Shiddiq and told him to burp her properly.

He later fed the infant, while seated with his legs crossed. But she did not want to drink and cried for about two minutes.

After she became unresponsive, he put her on a bed and patted her back.

Ms Nurraishah's father, Mr Mahzan Ahmad, 57, returned home and found the baby not breathing but with a pulse.

Ms Nurraishah got a text message from Mr Shiddiq and took a taxi home, where she performed CPR until police and paramedics arrived.

He was carrying her at the void deck of a Housing Board block while playing with his mobile phone, when he saw her pacifier on the ground and tried to pick it up.

After her death, a forensic pathologist found that three of her ribs were also broken about one to two weeks before her death.

"Quite distinct from the manner that Mr Shiddiq's manner of feeding his child might be regarded as egregiously reckless or neglectful, the investigation has not uncovered evidence of any deliberate intent by him to harm Reyhana," he said.

Related Stories
Dad who was too engrossed in mobile game while feeding baby who choked: 'Nobody knows how I feel'
3-month-old baby dies while being fed by father who was playing with his phone
Malaysian toddler killed after he plays with vehicle door, falls out and gets crushed by car
Toddler gets blown into lake in Vietnam as mother was playing Pokemon Go
baby dies after dad fed her while playing game
death
baby