Patients forced out of hospital after Banda Aceh quake 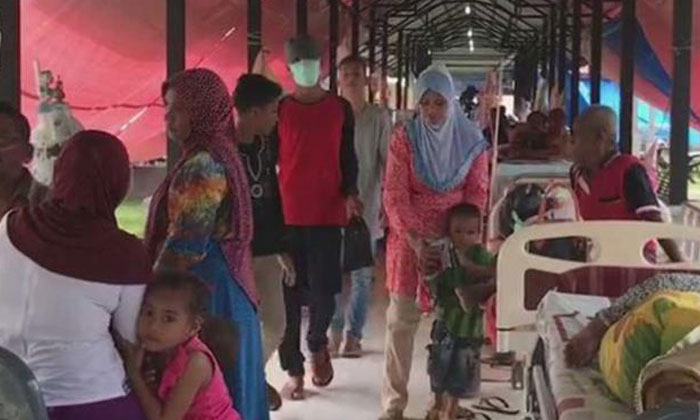 Patients at Pidie Jaya General Hospital had to be moved outside after the building was declared unsafe due to the Dec 7 earthquake.

Hospital beds were seen arranged along the covered walkways at Pidie Jaya's largest hospital, and sheets were used to block out the sun.

No fans or chairs were available for the comfort of the patients and their families.

Tents were also set up outside the hospital to distribute medicine and provide outpatient treatment.

Critical patients and those requiring surgery will be transferred to other nearby hospitals.

The Jami' Quba mosque and the main At-Taqqarub mosque near the hospital were also destroyed in the earthquake.

"I was informed by the Indonesia Red Cross that most of the bodies have already been removed from the rubble," said Kon.