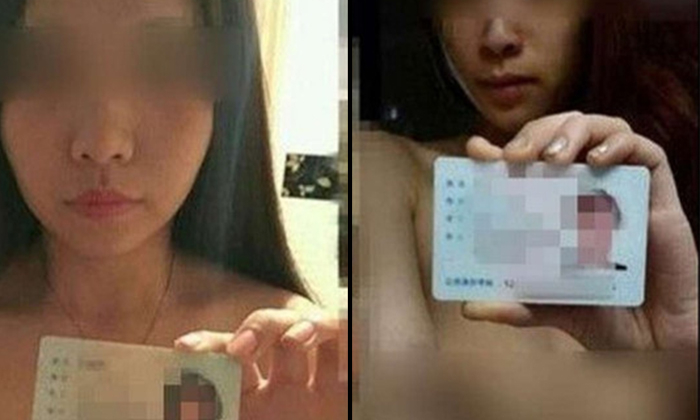 Nude photos of more than 100 young Chinese women, which were taken as collateral to secure loans, have been leaked onto the internet.

The photos were taken as collateral to secure financial aid from loan sharks, and in part highlighting China's shady underground banking system.

China Youth Daily had found compromising pictures and videos of 167 young women, aged 19 to 23. Their contact details and relatives addresses were also discovered.

According to the Shanghaiist, these loan sharks operate illegally on social media and call their type of loans "naked loans", "meat compensation" or "fruit loans".

A reporter China Youth Daily posted a message in a QQ "fruit loans" group, and a lender said the loan was only for females at an interest rate of 25% per month.

The lender also asked for three compromising photos featuring the reporter's ID card and one three-minute video of her in the bath, as collateral.

Should the girls be unable to pay up, the loan sharks will send their nude selfies to their friends and family, as one screenshot reads: "When she borrowed money from us, your daughter gave us some of her photos and videos. I'm "returning" them to you now."

Related Stories
Man harasses telco employee with pictures of dead cats and nudes after being unhappy with service
Woman puts BF's ex-girlfriend's nude photos online after finding them on his laptop
Man first to be convicted for unlawful stalking: He put up teen's nude photos on FB and at public places
nude photos
China
loan sharks
money lending