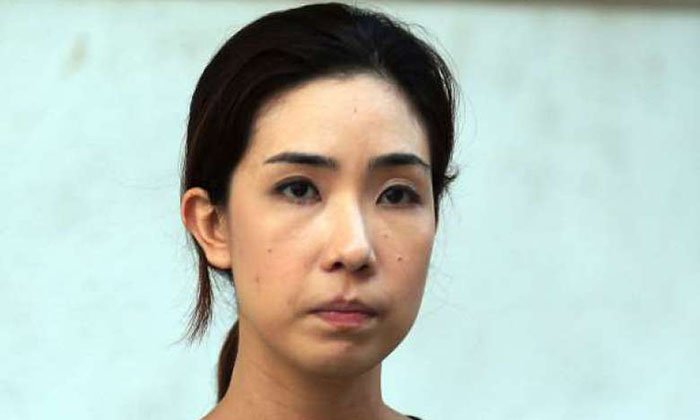 A jealous woman who was angry that her boyfriend kept nude photos of his ex on his laptop decided to publish them online.

Freelance copywriter Yeo Hui Qi alias Yeo Min Ping, 29, was sentenced to a month in jail yesterday after a court heard how she had uploaded a folder of the woman's photos into a thumb drive before putting 48 on an image-storage site five months later, in a folder titled "Naughtiness".

They featured the other woman topless and naked and included her face.

Yeo even used the victim's real name when she created a fake profile.

She also created fake profiles in the victim's name on two other websites, including a dating site.

Yeo pleaded guilty to one of three charges of transmitting an obscene object by electronic means from her home in Yishun Street 61 on Feb 10, 2014.

She is out on $10,000 bail, pending an appeal against her sentence.

District Judge Lee Poh Choo said "on the spur, she (Yeo) destroyed another totally innocent lady's life", adding that what she had done was "absolutely despicable".

The harm done to the victim could not be calculated, she said, and the victim had to "suffer this for the rest of her life'' as her pictures would always be circulated in her real name.

She said Yeo's use of the victim's name also revealed "the extent of her viciousness".

Yeo did not say why she did this.

"If it is to punish her, for what? She did nothing to you,'' the district judge told Yeo.

Deputy Public Prosecutor Tan Si En said the victim had sent photos of herself to Yeo's 32-year-old boyfriend when they were in a relationship from 2011 after meeting in a university overseas.

After he graduated in December 2011 and returned here, they kept a long- distance relationship until 2013.

Yeo and the man entered into a relationship in mid-2013. In September that year, she found the photos of his ex-girlfriend on his laptop.

They have since broken up.

"She was angry and jealous as the witness was keeping his ex-girl- friend's sexually explicit photos," said DPP Tan.

The court heard that the obscene photographs uploaded by Yeo are still available on pornographic websites.

Yeo's lawyer Lee Ping asked the court to call for a pre-sentence report or impose a short detention order (SDO), a community-based sentence.

DPP Tan said there was a degree of pre-meditation in Yeo's action and neither probation nor SDO was warranted on the facts of the case.

The district judge agreed with her. Yeo could have been jailed for up to three months and/or fined for the offence.