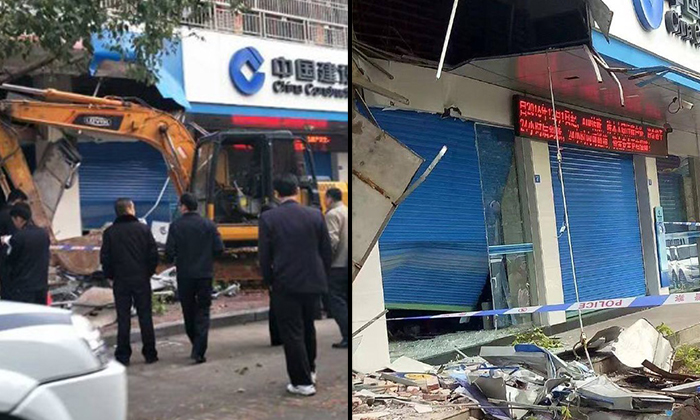 There are no shortages of get-rich-quick Ponzi schemes, but a Chinese man could have invented a totally new way.

Last Sunday (Dec 25), the 29-year-old man tried to rob a bank branch in Meizhou, of Guandong province, China -- with nothing short of an excavator, reports Shanghaiist.

As you could probably imagine, the heist didn’t go as planned.

The police arrived swiftly to put an end to his brilliant masterplan.

After he was arrested, he told the police that he had intended to dislodge some of the ATMs and carry them away on his sweet ride, to tide himself over the upcoming Spring Festival.

Although he may not have gotten rich, his attempt did severely damaged four of the bank’s ATMs.

It is unclear how the man got the excavator and the case is under investigation.