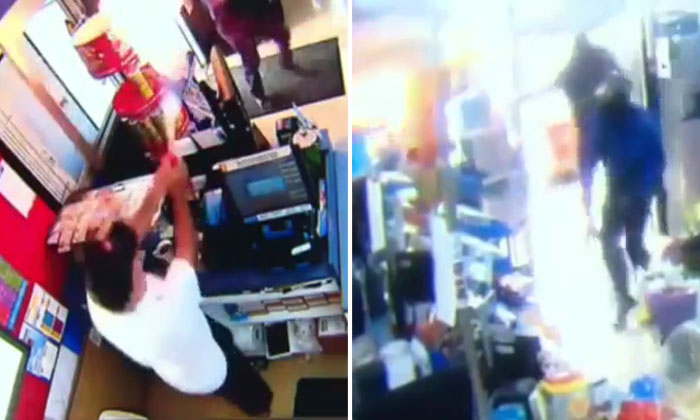 What would you do if two armed robbers burst into your store?

Would you make a makeshift flamethrower? Probably not, but that is waht Australian shop owner Dan Rigney did.

When he noticed two armed men entering his store in Queensland, Australia, he did not panic at all but grabbed a lighter and a can of bug spray to make a makeshift flamethrower.

The scene was caught on CCTV footage and demonstrates Dan's incredible bravery.

One of the robbers even drops his gun in shock.

However, the second man aimed his gun directly at Dan and shouted threats while moving to the cash register.

Although the robbers stole $680, Dan was able to escape the scene unhurt.

According to Viral Thread, the two men were caught after several weeks on the run.