220kg Chinese man falls down on sidewalk, 20 people slog to lift him onto hospital bed 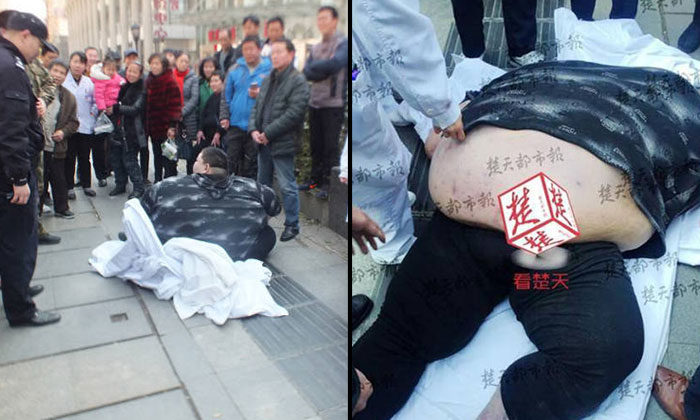 20 people, a mixture of passerbys and emergency personnel rushed to the rescue when a 220kg Chinese man fell on a sidewalk in Wuhan, China and could not get up on Monday (Feb 13), at around 11am.

The victim, 27-year-old Xiao Huang, lives in Wuhan, and has a history of chronic obesity, reports Shanghaiist.

The incident happened as he was walking with his mother on a sidewalk, just after getting discharged from a hospital.

Xiao Huang’s mother dialled for the emergency services when her son landed on his backside and could not get back up on his feet.

A crowd started forming around Xiao Huang, and at around 11.14am, a pair of police officers tried heaving him to his feet but could not get him to budge.

Around one hour later, six firefighters arrived, along with 10 medical staff from a hospital.

The firefighters tried using an air cushion to slowly bring Xiao Huang up, but had to abandon the plan after they found that Xiao Huang’s legs had become numb from sitting on the sidewalk.

Finally the resourceful firefighters came up with a new plan.

They rolled Xiao Huang onto a wide board wrapped in hospital bed sheet, and with the help of more than a dozen passerbys, managed to lift Xiao Huang up and place him on a hospital bed.