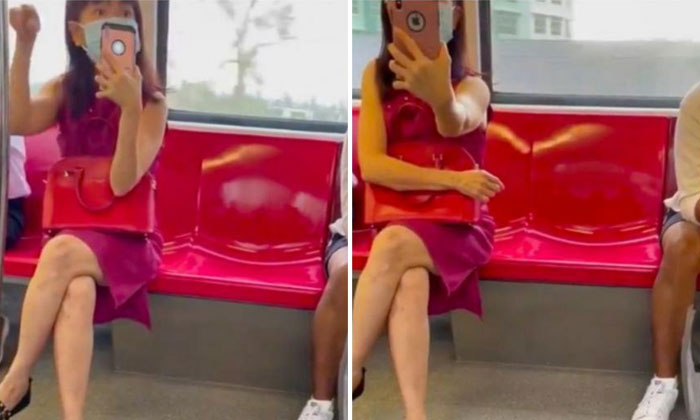 A woman caught on video making purportedly racist remarks appeared in a district court on Friday (June 18) and was handed two charges over alleged acts "prejudicial to the maintenance of harmony between different racial groups".

Tan Beow Hiong, 57, was also charged with one count of being a public nuisance.

In April, the Singaporean is said to have maintained a channel on YouTube comprising multiple videos alleging racism or harassment by persons of other races.

She was in an MRT train on April 21 when she allegedly singled out the other passengers and made derogatory remarks about them.

Tan is accused of being a public nuisance on another occasion in an MRT train on May 11.

This time, she allegedly spoke loudly in a carriage, stating that she was not racist. She is also said to have made statements such as: "We are very different."

Tan made the headlines earlier this year after she was recorded grilling passengers about their race on an MRT train.

Both her YouTube channel and employment as a property agent have been terminated.

In an earlier post on Facebook, property consultancy Knight Frank Singapore said her conduct had been brought to its attention. It added that one of its core values is to be "a responsible business to people and the community" and that it "maintains zero tolerance for hate speech and racism that threaten the foundations on which Singapore is built".

Tan, who was an associate with the company, has been delisted from the Council for Estate Agencies' public register.

In an earlier statement to The Straits Times, YouTube said her channel was removed due to violations of its harassment and cyber bullying policies.

"We have strict policies that prohibit harassment on YouTube, including content that maliciously insults someone based on their race, gender expression or sexual orientation," said its spokesman.

"We quickly remove content that violates these policies when flagged."

Tan will be remanded at the Institute of Mental Health for psychiatric observation, and her case has been adjourned to July 2.

For each count of committing an act prejudicial to the maintenance of harmony between different racial groups, an offender can be jailed for up to three years and fined.

For being a public nuisance, a person can be jailed for up to three months and fined up to $2,000.