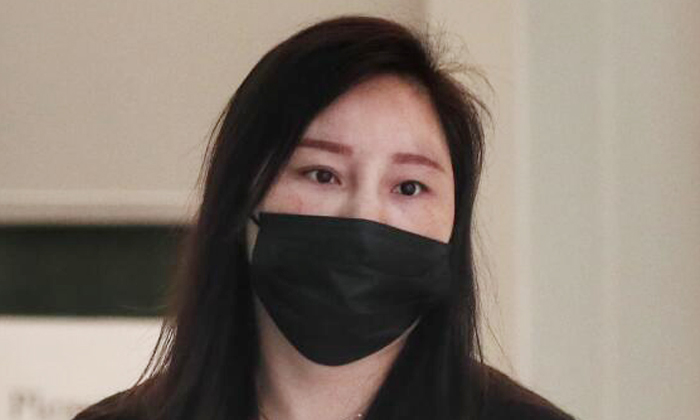 A foreign sex worker came up with a strange way to extend her stay in Singapore after her visa expired.

Chinese national Liang Qinglan got herself arrested in order to receive a special pass (SP) given to foreigners who have to stay back to assist with investigations.

In return, she provided sexual services and bribes to an Immigration and Checkpoints Authority (ICA) officer who arranged for "her arrest".

Deputy Public Prosecutor David Menon told the court that Liang entered Singapore on May 28, 2018, on a social visit pass which expired on July 27 that year.

Some time in July or August that year, she contacted Teo who told her that he could help her secure an SP in return for an iPhone X.

Between July and October the same year, Teo invited himself to Liang's home in Jurong West and they had sex.

DPP Menon said: "The accused knew it was wrong to provide sexual services to an immigration officer in exchange for his help obtaining an SP, but obliged because she wanted to secure an SP so she could remain in Singapore to work."

Liang later asked Teo for the procedure to extend her stay in Singapore and he said he would arrange for her to be arrested and gave her advice regarding the procedure.

Teo had worked in ICA's Intel Ops Branch before and had contacts who alerted him to potential immigration offenders.

On Oct 16, 2018, she was arrested and was asked whether she wanted to remain in Singapore to assist with a related ICA investigation.

She agreed, paid a fine for her overstaying offence and was issued an SP.

Two days later, Teo and Liang met for a meal. She picked up the tab for it.

Teo later declined Liang's offer to buy him an iPhone, but agreed to receive cash instead. She gave him an amount between $2,100 and $2,200.

DPP Menon said: "Although the accused had already received her SP by this time, the accused feared that Teo might have her SP revoked if she refused to give him the loan. She was also aware that her SP may expire in future, at which point she would need Teo's help again."

In his mitigation plea, Liang's lawyer Foo Ho Chew said Liang has a five-year-old son and an elderly mother who was sick and she was working to support them.

For each count of corruption, Liang could have been jailed for up to five years and fined up to $100,000.

Responding to queries from The Straits Times, ICA said on Friday that Teo has been suspended since Nov 25 last year.

Another Chinese national who had also allegedly given Teo a sexual bribe had her charges abated following her death this August.