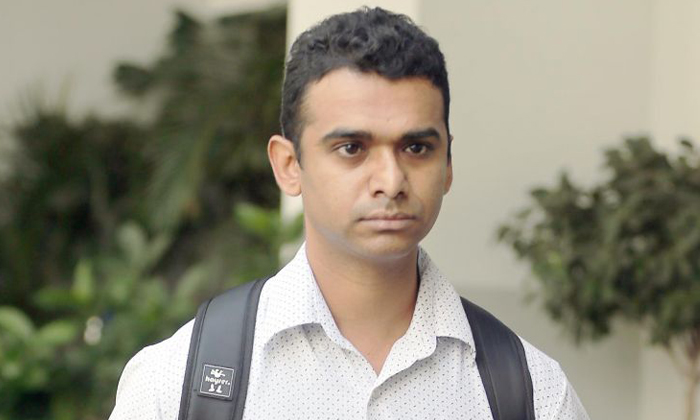 A staff sergeant with the Singapore Police Force (SPF) has appeared in court to face charges of corruptly obtaining sexual favours from two women who were the subjects of investigations.

On Feb 27, Mahendran Selvarajoo, 31, allegedly received gratification from one of them to help her with her employer's purported queries about the investigation.

The policeman is said to have committed the offence in a multi-storey carpark of Block 590 Ang Mo Kio Street 51.

Mahendran is accused of corruptly obtaining oral sex and sexual intercourse from another woman at a multi-storey carpark of Block 264 Serangoon Central on April 30.

This time, he allegedly committed the offence to help her avoid criminal prosecution.

Court documents did not reveal details about the women's cases and they cannot be named due to a gag order.

Mahendran, who has been suspended, was charged on Friday (Nov 29) with two counts each of corruption, performing unauthorised modification to the contents of a computer, as well as being in possession of obscene material in his mobile phone and USB flash drive.

He is said to have committed these offences between February and May this year.

The Singaporean is also accused of accessing without authority the photo gallery in a woman's mobile phone to snap three of her personal pictures.

He allegedly committed this offence in an office at the Clementi Police Division on Nov 16, 2017.

In a statement on Thursday, the Corrupt Practices Investigation Bureau (CPIB) said law enforcement officers have the duty to maintain law and order, and conduct themselves with integrity and discipline.

It added: "Those who abuse their position to obtain or solicit any form of gratification in the course of their duties must bear the full brunt of the law.

"Singapore adopts a strict zero-tolerance approach towards corruption. The CPIB will not hesitate to take firm action against all corrupt offenders, including public officers who abuse their position of authority to cause undue harm to the public and tarnish the image of the public service."

A police report was lodged against the officer on April 30.

In a statement on Friday, SPF said that after police investigations, the case was referred to the CPIB on May 1. Mahendran was suspended two weeks later.

The policeman, who was offered bail of $15,000, is represented by lawyer Kalidass Murugaiyan. He will be back in court on Dec 27.

For each count of corruption, offenders can be jailed for up to five years and fined up to $100,000.