Foodpanda deliveryman killed in Jurong accident with Mercedes: Video shows how it happened 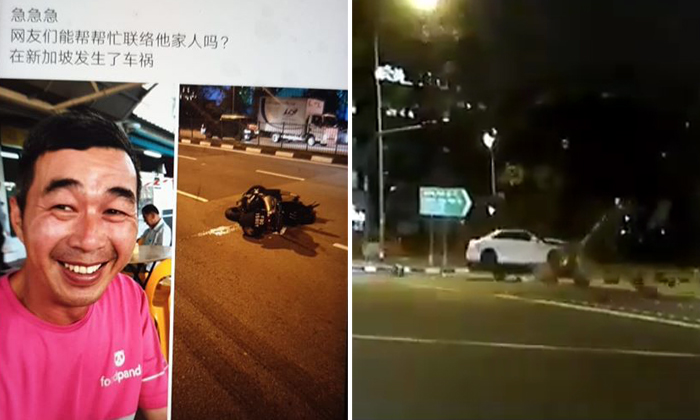 Video footage circulating on social media shows how a fatal crash involving a motorcycle and a car occurred in Jurong East on Tuesday evening (Mar 10).

Stomp earlier reported that the accident took place at the junction of Toh Guan Road and Boon Lay Way at 7.58pm.

The motorcyclist, a 41-year-old Foodpanda deliveryman from Malaysia, was unconscious when taken to Ng Teng Fong General Hospital and eventually succumbed to his injuries.

Facebook group SG Road Vigilante posted a video of the collision and said in its caption that the Mercedes driver had apparently "failed to check for oncoming traffic at [the] discretionary right-turn junction".

In the video, the white Mercedes can be seen colliding with the motorcyclist and then ramming into a signpost.

The motorcyclist was reportedly sent flying 30 metres due to the impact and suffered brain injuries in the accident.

When contacted, a Foodpanda spokesman told The Straits Times: "Our thoughts are with the rider and his family during this difficult time."