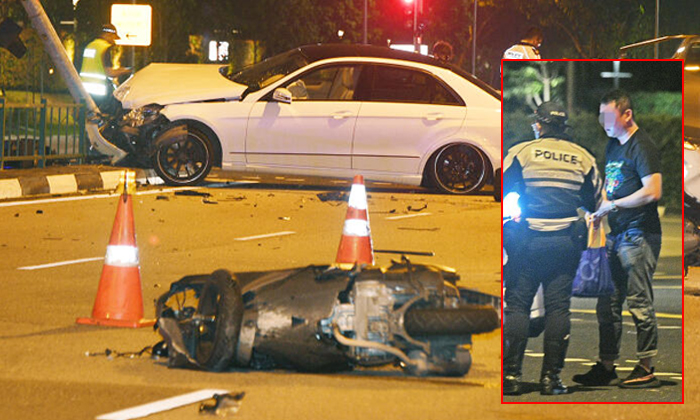 A 41-year-old food deliveryman died from his injuries after an accident involving his motorcycle and a car in Jurong East on Tuesday evening (Mar 10).

In response to a Stomp query, the police said they were alerted to the accident at the junction of Toh Guan Road and Boon Lay Way at 7.58pm.

The motorcyclist was unconscious when taken to Ng Teng Fong General Hospital, where he subsequently succumbed to his injuries.

According to Shin Min Daily News, the deceased was a food deliveryman from Gelang Patah, Malaysia.

The impact of the collision is believed to have been so extensive that it sent the motorcycle flying 30 metres.

Photos published by Shin Min show a white Mercedes with its front bumper damaged after crashing into a road divider. The car had also hit a signpost. 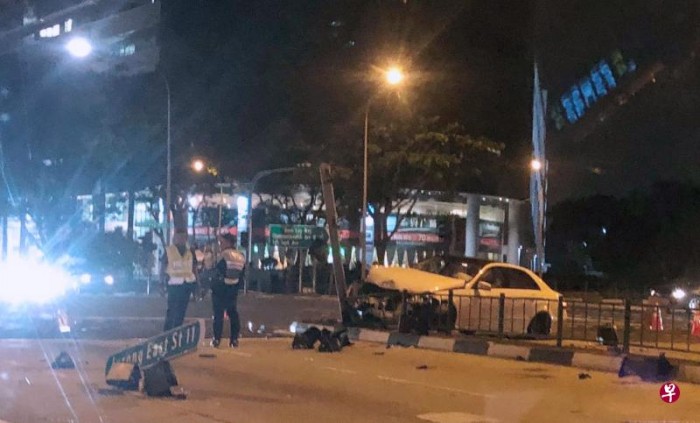 The biker's helmet was also destroyed in the accident and can be seen lying on the road.

When reporters arrived at the scene, they saw the Mercedes driver repeatedly muttering to himself, "I hope the motorcyclist is okay."