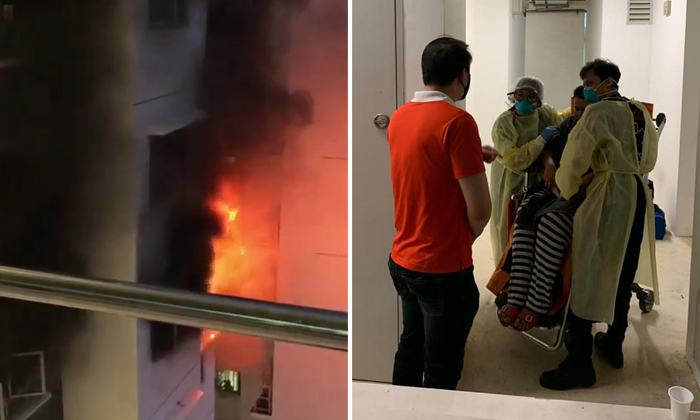 A fire broke out in the bedroom of a flat at Block 331C Anchorvale Street on Friday (Apr 10).

The Singapore Civil Defence Force (SCDF) told Stomp that it was alerted to a fire in the 10th-floor unit at around 7.30pm.

A spokesman said: "The fire, which involved the contents of a bedroom, was extinguished by SCDF using one water jet."

Stomper Ah Boy shared videos of the blaze that were posted on Facebook.

Dr Lam Pin Min, who is Senior Minister of State for Health and Transport as well as Member of Parliament for Sengkang West SMC, said some residents were evacuated for their safety.

Dr Lam had also visited the site with some grassroots leaders to provide assistance and support to the affected family.

He added: "I was heartened to see the community rally behind the affected family, offering them drinks, snacks and even footwear for the children."