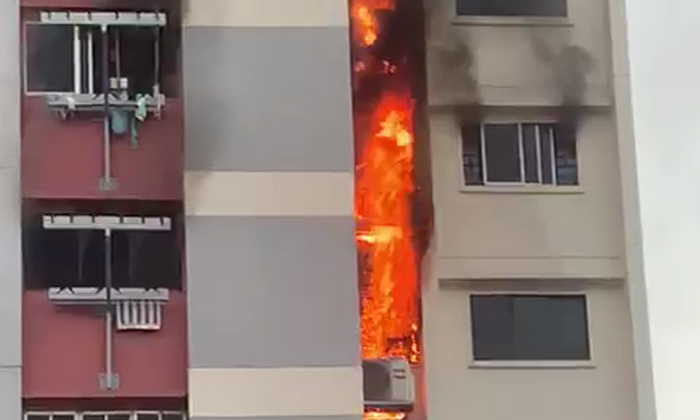 An early morning fire on Thursday (March 12) at a Woodlands Housing Board block saw 25 people evacuated from their flats before they began their day.

The fire affected three flats on levels eight to 10 of Block 845 Woodlands St 82 and is believed to have started in a bedroom. In a video of the fire taken from the opposite block, streams of black smoke could be seen drifting skyward.

The Singapore Civil Defence Force (SCDF) said that although there were no injuries, the police had to evacuate 20 people from the affected flats after they were called at 7.15am.

A further five people on the eighth floor also left their flat and moved to safety before the SCDF arrived to put out the fire with two water jets.

Senior Parliamentary Secretary for Health and Home Affairs Amrin Amin, who is also MP for Sembawang GRC, said in a Facebook post that the affected homes were "badly damaged".

He said he met the affected families on Thursday morning. "I feel very sorry for them. Some were getting ready to go to work - then tragedy struck," he said.

The SCDF is investigating the cause of the fire.