40 people evacuated after fire breaks out at Clementi HDB flat 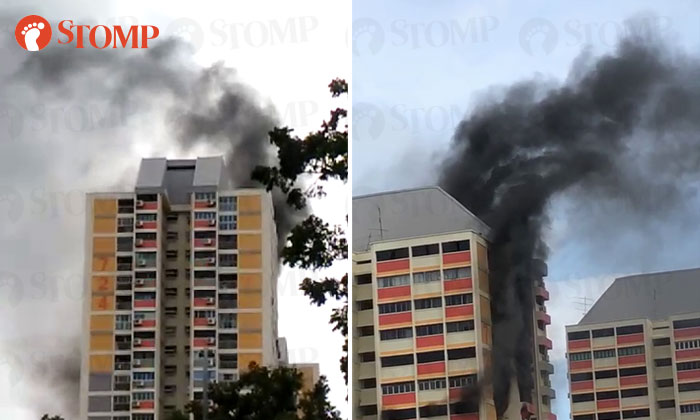 A fire on Monday afternoon (March 16) at a Clementi Housing Board block saw about 40 people evacuated from their flats.

Norman described the fire as "huge".

Lina told Stomp she received videos from her mother, Madam Saliyah, who saw the fire from her kitchen window on the 10th floor of Block 712 and that it looked like it was spreading fast.

In response to a Stomp query, the Singapore Civil Defence Force (SCDF) said it was alerted to a fire in a 19th-floor unit at Block 724 Clementi West Street 2 at 3.20pm.

"The fire, which involved contents of an HDB unit, was extinguished by SCDF using one water jet," an SCDF spokesman said.

An SCDF paramedic assessed the occupant who had evacuated from the affected unit. She refused to be taken to hospital.

About 40 people from the block were evacuated by SCDF and the police. They were subsequently allowed to return to their homes.