Fire breaks out in kitchen of Yishun unit 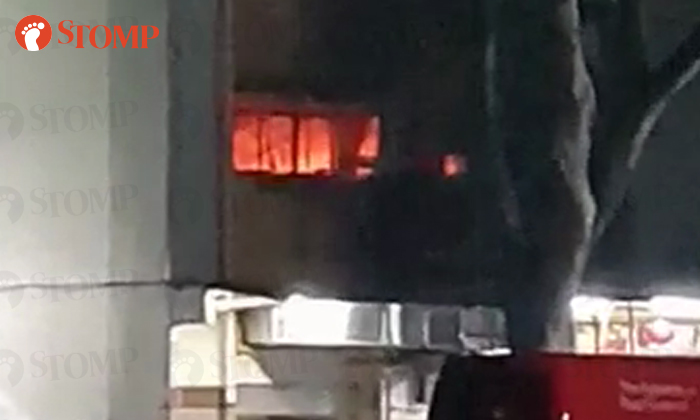 Residents were evacuated after a fire broke out in a unit at Block 101 Yishun Avenue 5 in the early hours of Monday (Sep 27).

Stomper CT was on her way to Chong Pang Market at around 6.20am when she smelled something burning.

CT, who shared videos of the blaze, said: "I passed by the block and saw a fire at the window. After a few minutes, there was an explosion."

In response to a Stomp query, the Singapore Civil Defence Force (SCDF) said it was alerted to the fire at around 6.20am.

The fire, which involved contents of a kitchen in a second-floor unit, was extinguised by SCDF using two compressed air foam backpacks.

The police and SCDF evacuated 12 residents from the affected block. One person had self-evacuated before that.